In an exclusive interview, Ahswell Prince provides his thoughts on the highs and lows of his own career, speaks about former team mates Hashim Amla, AB de Villiers, Dale Steyn as well as providing his thoughts on the upcoming Test series between Pakistan and South Africa. Born in Port Elizabeth, Ashwell Prince played 66 Tests for South Africa between scoring 2002 and 2011. A gritty batsman who made the opposition work for his wicket, Prince made 3,665 runs in Test cricket with 11 centuries at a very good average of just over 41. He also featured in 52 One-Day Internationals (ODIs), scoring over a thousand runs at an average of 35.

Prince made his First-Class debut in 1995 for the Eastern Province B side and was promoted to the senior team after just two matches. It wasn’t until 2001-02 when he made his international debut against Australia at the Wanders, scoring a gritty 49 in the first innings. He made his one-day debut against Bangladesh later that year.

As well as international honours, Prince has had success at First-Class level playing for several county teams, including Nottinghamshire and Lancashire where he is still contracted. He has also played for the Warriors, Eastern Province, Western Province and Boland, scoring over 15,000 runs with 36 Hundreds at an average of 43. He also featured in the IPL for Mumbai Indians.

He went on to become the first Non-White captain for South Africa in 2006 when Graeme Smith and Jacques Kallis were both injured.

In an exclusive interview with PakPassion.net, Prince provides his thoughts on the highs and lows of his own career, speaks about former team mates Hashim Amla, AB de Villiers, Dale Steyn as well as providing his thoughts on the upcoming Test series between Pakistan and South Africa.


PakPassion.net (PP): What would you say was the high point of your international career?

Ashwell Prince (AP): The high point would have to be — being part of a South African Test team that went on a two-year winning streak on tours of Pakistan, Bangladesh, India (drawn series), England and Australia, which culminated in us becoming the No 1 Test team in the world.

PP: Looking back at your career for South Africa, any regrets?

AP: I have had the privilege and honour of representing my country in 66 Tests and have absolutely no regrets at all regarding my career with South Africa.

PP: Which do you think was your best international innings and what made that innings so special?

AP: That would have to be my 119 against Australia at Sydney in January 2007. I’d had a few low scores before that innings, and as usual my head was on the line. To come up with that performance under the circumstances was very satisfying.

PP: Do you think your struggles against Shane Warne in 2005-06 were mental or was he just too good?

AP: I think as a left-hander against any world-class leg spinner, conditions are very difficult as the match progresses with more and more rough being created.

I had to formulate a game plan to combat this situation and I think eventually I had some success against him as with the innings mentioned before, and also on subsequent tours.

PP: How did it feel to be South Africa’s first non-white captain, did it put extra pressure on you to perform?

AP: I was delighted to be captain of South Africa. People made a lot of the fact that I was the first non-white captain etc. Personally, the way I see it is that leadership qualities don’t only exist in white people, so quite frankly I feel sorry for people who still think like that.

PP: As a professional cricketer, if there was one rule that you’d like to see changed, what would that be?

AP: This is a long shot, but I think in Test cricket the fielding captain should have a choice of starting the second innings with the same ball that they finished the first innings with.

PP: South Africa has climbed to the top of the tree now in Test cricket; what factors would you put this down to?

AP: Quite simply, they have the best bowling attack in the world and a team full of players that have been successful all over the world. There’s a real belief amongst the squad that they can win anywhere in the world.

PP: Gary Kirsten as head coach, how badly will he be missed?

AP: All the hard work towards becoming the No 1 Test team in the world was done before Gary came on board. This is only my opinion; personally, I feel it was a case of him being at the right place at the right time.

PP: South Africa, since their return to international cricket, have not been able to produce a world class spinner. Why do you think that is?

PP: South Africa harshly has the chokers tag in international cricket. Is this something that frustrates and annoys the nation’s cricketers?

AP: This is very interesting, as in big tournaments, especially at the quarter-finals stages and onwards, there are no easy games where you can definitely predict the winner before the match.

You can only really choke if you’re so far ahead in a game, but then not follow through and win it, which to my recollection has only really happened once in the past.

PP: Your thoughts on Hashim Amla’s improvement in the last few years…what do you put this down to?

AP: Hashim is the most humble and one of the nicest people you could ever meet. But don’t mistake that with someone that is soft or someone who you think you could bully [sic]. He is as tough as nails mentally as he proved everyone wrong that said he couldn’t play Test cricket with his technique [sic].

He just loves batting and never gets tired or bored, you need a good ball to get him out, because he won’t give it away.

PP: You’ve played against and for the same team as AB de Villiers. What are his strengths?

AP: AB is arguably the most talented cricketer in the world. He can make any type of bowling attack in any conditions anywhere in the world look easy to play against. In a nutshell that is his strength, good luck trying to find a weakness.

PP: Dale Steyn just keeps on going. What do you think motivates him and what makes him such a fierce competitor?

AP: Dale Steyn loves getting batsmen out and is fiercely competitive. He’s got what I believe every true fast bowler should have: killer instincts.

If you get on top of him, which doesn’t happen very often, you can rest assured he’ll come even harder at you during his next spell, and he’s going to get his man as he usually does.

PP: South Africa face Pakistan in a few days time in the UAE. How do you think the Test series will go?

AP: When South Africa play any Test series, they expect to win. I see this series being no different and I think it will be one-nil to South Africa or at worst a draw. This is not taking anything away from Pakistan or disrespecting them at all; one thing that’s for sure South Africa will not take them lightly, but I expect South Africa to win.

PP: Who are the key players on either side in the upcoming Test series?

AP: The reason South Africa is the No 1 Test team in the world is because they have at least seven players who can arrive at a series and possibly be the player of the series, and the other four players that complete the starting eleven would be thinking exactly the same way.

There are no obvious weaknesses, people might question the spinning department but I think what Robin Peterson contributes as an all-rounder is very valuable to the team. Between Robin and JP Duminy, who I expect to be in the starting eleven, they will do a good job for the team.

As far as Pakistan is concerned, it will be the usual people to look out for, Younis Khan and Misbah-ul-Haq in the batting and they have good options with the ball with Junaid Khan, Mohammad Irfan and Saeed Ajmal — probable starters if all fit.

PP: How difficult is it for batsmen who’ve played on the fast bouncy pitches of South Africa to adjust to the low slow surfaces in the UAE?

AP: Every batting position has its various pros and cons. As a middle-order batsman myself, I found that going to the sub-continent and places like UAE that by the time you came in, the ball had gone soft and with a more defensive field, combined with the lower slower pitches made scoring at the rate that you might desire easier said than done. But the South African team have a quality batting line up, and I expect them to do well in the UAE. 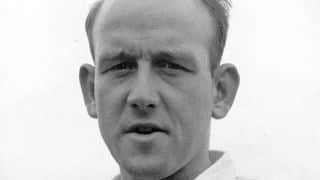