Ponsonby s first game in the MCC colours appears to be a Second-Class match, ironically against his alma mater Harrow in 1834.

The family appears to have come over from North West England at the time of the Norman Conquest in 1066, having originally resided at Ponsonby, a parish in the Union of Whitehaven, Allerdale Ward, above Derwent, Cumberland. The family is reputed to have had one ancestor who had been appointed the Royal Barber to the court of King William I, a fact that is commemorated in the family crest in the form of 3 combs and a chevron symbolising the open razor that had once shaved the Royal cheeks. The family Motto reads Pro rege, legegrege, the free translation of which is For the King, law and people.

By the time this narrative begins, of course, the family had come a long way, no longer carrying out Royal tonsorial duties, the male members having themselves become Peers of the Realm. It was on September 11, 1815 that John William Ponsonby, 4th Earl of Bessborough, of Marylebone, London and his wife Lady Maria Fane, were blessed with a second son, christened in due course as Frederick George Brabazon. The young scion of the noble family was admitted to Harrow, in the Easter Midsummer semester of 1830. He played cricket in the Harrow first XI in 1832 and 1833, and is noted in the Harrow Register as having become a Monitor in 1833. He completed his Matriculation and left Harrow in January 1834.

The archives show the Hon. Frederick Ponsonby (as he was known during his active playing days) playing 13 games for Harrow School between 1831 and 1834 (of which 7 were against MCC), principally as a right-handed batsman who batted in the lower-order. He appears to also have been an occasional wicketkeeper with 3 First-Class stumpings to show for it. He was not known to be a very heavy scorer, bagging a pair against traditional rivals Eton at Lord s in 1832, and being dismissed for a duck in the only innings he batted in his other game against them, in 1833. During Ponsonby s time in the Harrow first XI, the school was passing through a horrific run of defeats, the win against Winchester in 1833 being their first victory since 1822.

The next step in the overall upbringing of the Ponsonby was admission to Trinity, Cambridge, on February 1, 1834. Ponsonby earned his Cricket Blue in 1836 and took his MA in 1837. It may be noted that he was a member of MCC from 1834, playing cricket for them while he was at Cambridge. He was admitted to Lincoln Inn for legal studies and training, and was called to the Bar on June 15, 1840.

Ponsonby s first game in the MCC colours appears to be a Second-Class match, ironically against his alma mater Harrow in 1834. He scored 9 and 8 and held a catch. He made his First-Class debut for Cambridge against Cambridge Town Club later that year. He scored 2 and 5 and the Town Club won the game by 10 wickets. Interestingly, playing for the Town Club was one Francis Phillips Fenner, and he took 8 wickets in the game. Fenner would become a well-known Cambridge and Hampshire cricketer in the years to come and would later establish a cricket ground in 1848 on land which he had himself leased. This ground, named FP Fenner s Ground in his memory, is still used by Cambridge for all their home cricket matches.

Ponsonby entered the record books in 1842. Playing for MCC against Cambridge, he made one hit that fetched 9 runs in his first-innings score of 39. Scores & Biographies recorded the historic feat as a hit to leg for 9, being one of the longest recorded in any match where there were no overthrows.

Ponsonby s feat has since been eclipsed by the Derbyshire skipper Sammy Wood against the MCC at Lord s in 1900 by a stroke that had resulted in 10. The match report states: Wood, assisted by the net and an overthrow, scored 10 in one stroke off [Cuthbert] Burnup in the second innings. The revised net system was in use in this match. Even so, Ponsonby s 9 runs off a single delivery was the first of 14 such instance till date, and the only one that did not entail any overthrows.

The match between Kent and England at Canterbury in 1841, a game England won by 74 runs, and a match where Francis Fenner was reputed to have scored 34 painstaking runs in about 5 dour and gritty hours in the England first-innings of 163 (Ponsonby contributing 30), proved to be the starting point of a novel show of talent of a different type on the part of the Hon. Frederick Ponsonby.

In an article written by Lord Alistair Lexden and published in 2016, the author gives a fascinating insight into the events that ensued at Canterbury around the time that the above-mentioned game was played. Lord Lexden says: For two weeks in August 1841, the city of Canterbury was en fete. Along with many other entertainments, the editor of a local newspaper wrote later: The Tories had gained a great political triumph, and had succeeded in returning both members for the city to Parliament. The victory was celebrated with dinners and dances; there was a fancy bazaar, at which duchesses, marchionesses, countesses and baronesses kept the stalls.

The Kent vs England game had been witnessed by about 4,000 spectators, including the leading county families . In the words of Lexden: The victory inspired the creation of an annual Canterbury Cricket Week (always spelt with capital letters) which only World Wars had the power to disrupt. From the start, the Week also provided a splendid daily diversion for those attending it: each evening theatrical entertainments of high standard were laid on by a company formed by some of the visiting cricketers and supplemented by friends with thespian talent.

The whole concept of these evening theatricals was mooted by one John Baker, a clergyman, local landowner and amateur cricketer. It seems that the success of the initial performances in a rundown local theatre (recalled by the participants as a den of dirt and distemper ) led to a lasting bonding between the participants, led by members of the Ponsonby family, headed by the Hon. Frederick George Brabazon, and including his brother Spencer, both known to excel at amateur theatricals during their Cambridge days.

A contemporary media report read: Many of the amateurs walked the stage with the grace and style of favourite professionals to whom they would bear comparison . Inspired by the success of the evening theatrical entertainments, the participants were quick to find a name for the group: the Old Stagers. Still flourishing in England more than 170 years later, the Old Stagers, an enterprise inspired and founded by Frederick Ponsonby, is the oldest amateur dramatic society in the world.

Since the group s inception in 1842, their performances have become an integral part of the Canterbury Cricket Week celebrations through the years. The famous lime tree at St. Lawrence Ground, Canterbury, having been planted in honour of the Duke of Wellington s victory at the Battle of Waterloo, was already flourishing by the time the Canterbury Week and the Old Stagers came into being. The curtain rose on the first performance of the Canterbury Amateurs on August 1, 1842. Alfred Mynn was known to have been persuaded to become an active participant in these theatricals with the Old Stagers from 1847 till his death in 1861.

There have been several nomadic cricket clubs in England over the years; the names of the Free Foresters, the Incogniti, the Cryptics, the Buccaneers, and the Arabs come to mind. The oldest of this genre of cricket clubs was undoubtedly the I Zingari.

In his fascinating History of I Zingari, author WJ Bolland begins by saying: An intoxicating combination of adrenaline and alcohol can be seen as largely responsible for the foundation of I Zingari on 4th July, 1845. After victory in a game against the school side at Harrow, William Bolland, Frederic and Spencer Ponsonby and R.P. Long had dinner at the Blenheim Hotel in Bond Street. Agreeing that much of the enjoyment of their victory stemmed from the fact that all eleven of them were amateurs, the friends decided that it would be sensible to found an amateur wandering club.

After long deliberations, the group of Old Harrovians decided that the itinerant cricket club would be named I Zingari (The Gypsies). The colours decided upon were Black, Red, and Gold, symbolising the Club Motto: Out of darkness, through fire, into light. It was decided that membership would be invitation only.

A rough draft of the Rules of the Club was chalked out: That the Entrance be nothing, and the Annual Subscription do not exceed the Entrance. Bolland was elected Perpetual President, the title later being changed to Governor. It was this free spirit of amateur adventure and enjoyment of the game that has been the hallmark of the club ever since.

The club celebrated its 150th anniversary in 1995, and the tradition continues with one match scheduled for I Zingari in the calendar for 2017, against Old Amplefordians at Ascot Park on September 10.

An arm injury in 1843 imposed some restrictions on Ponsonby s active participation in cricket to some extent. He repaid his debt to his old school by accepting an honorary coaching role and was instrumental in the recruitment of John Wisden as a bowling coach for the school in 1852. He was associated with MCC for a long period and was the perpetual Vice-President of Surrey County Cricket Club. He played his last First-Class game for the MCC against Sussex at Hove in 1856, bowing out of active cricket with a duck in his only innings.

On January 28, 1880, upon the death of his elder brother John George, the 5th Earl of Bessborough, who had died without a male heir, the Hon. Frederick George Brabazon Ponsonby succeeded to the title as 6th Earl of Bessborough. As a Parliamentarian and a Member of the House of Lords, he was nominated as a Member of the Commission to look into the Land System in Ireland (the family had large land holdings in county Kilkenny of Ireland) in 1880. On the basis of the report submitted by the Commission, known as the Bessborough Commission, Prime Minister William Gladstone initiated the Land Bill of 1881.

The 6thEarl of Bessborough was never married. He passed away from bronchitis on March 11, 1895 at his residence at 45 Green Street, Mayfair, London, aged about 79. Frederick George Brabazon Ponsonby, 6th Earl of Bessborough, was laid to rest on the family estate of Pilltown, county Kilkenny, Ireland, eight days later. His will was proven (by probate) on June 25, at 114,984 gross and 68,920 net.He was succeeded by his brother Walter William, Rector of Canford Magna, Dorset. 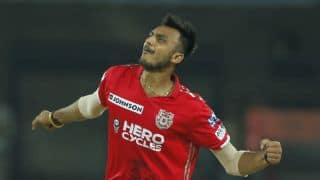 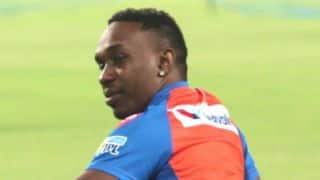 IPL 2017: Dwayne Bravo of Gujarat Lions (GL) ruled out for the season