Former Yorkshire and England batsman Geoff Boycott feels that Pakistan could surprise South Africa in the two match Test series in the United Arab Emirates which commences on 14th October. Speaking with PakPassion.net, Boycott, who played 108 Tests for England and scored more than 8,000 runs, stated that an ageing South African batting line up could be exploited by Pakistan’s formidable spinners. 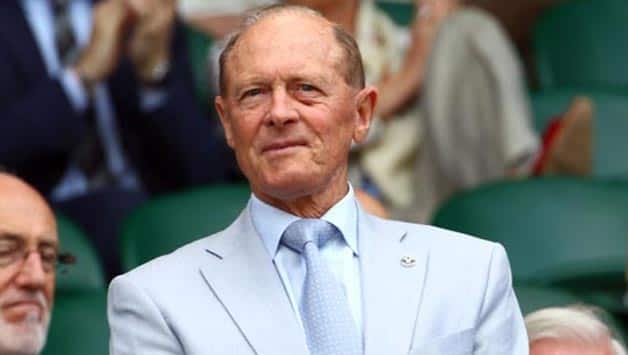 Former Yorkshire and England batsman Geoff Boycott feels that Pakistan could surprise South Africa in the two match Test series in the United Arab Emirates which commences on 14th October. Speaking with PakPassion.net, Boycott, who played 108 Tests for England and scored more than 8,000 runs, stated that an ageing South African batting line up could be exploited by Pakistan’s formidable spinners.

“Conditions will be much more helpful for Pakistan than for the South Africans. Although South Africa is the No. 1 Test side in the world at the moment, there are a couple of the South African players who are coming towards the end of their career and the Pakistani spinners can exploit that and can lead their team to victory. There are some injury doubts over Graeme Smith, and Jacques Kallis is the other one who I think is coming towards the end of his career. Kallis has been an outstanding player over the years, but like all of us you get older and you’re not quite the force you once were and I think Pakistan can take advantage of that” stated Boycott.

Boycott, focussing on the Pakistani tactics, urged Misbah-ul-Haq and his batsmen to plan on matching the South African’s first innings totals in the Test series and therefore allowing their spinners the opportunity to attack the South African batsmen in the second innings.

“The wickets are good in the UAE for batting but if you can start to get the ball to turn then Pakistan has a very good chance of defeating South Africa. Pakistan’s game plan should be to stay level with or close to the South Africans for the first three days and then Ajmal and Rehman come into their own. Pakistan has the edge in the spin bowling department whereas the South Africans are limited in their spin bowling options. The longer each Test goes on, the better the chance for Pakistan to win. Pakistan’s batsmen will have their work cut out despite the nature of the pitches but the key for the Pakistani batting line up is to match South Africa in the first innings and stay as close as possible to South Africa’s first innings totals, then unleash Saeed Ajmal and the other spinners on the South African batsmen,” added Boycott.

Boycott, whilst praising the skills of South African duo Dale Steyn and Morne Morkel, also feels that the pitches in the UAE will reduce their effectiveness and impact on a series that he feels will be won by the spinners.

“South Africa definitely has the edge over Pakistan in the batting department, the seam bowling and the fielding. In Dale Steyn and Morne Morkel, their new ball options are excellent but the pitches in the UAE will nullify the effectiveness of Steyn and Morkel. I feel those two pace bowlers could well struggle to make an impact on a series that should be dominated by the spinners.”

Boycott was highly critical though of the majority of Pakistan’s batsmen, particularly their ability to gift the opposition their wickets when under pressure or when unable to score freely and said “The problems with the Pakistani batsmen barring Younis Khan and Misbah-ul-Haq aren’t technical issues. It’s more to do with what’s between their ears. With some of them, there is nothing between the ears!”

“Batting is not only about footwork and technique but also about thinking — cricket thinking. The Pakistani batsmen have the ability to do some extraordinarily stupid things. If you tie them down, stop them scoring for a while then suddenly they get nervous and tense and feel they have to ‘beat the ball’ instead of playing their way out of a difficult situation.”

“Sometimes cricket is like a game of chess, where the match situation has ebbs and flows and it’s cat and mouse at some points. Sometimes you have to just accept that a session was won by the opposition and accept that the opposition was very good, but what you have to do in those sessions is to hang in there and not do anything stupid and not give wickets away or bowl badly and give 120 runs away in a session.”

“The problem with the Pakistan batsmen is that they will suddenly explode and do something daft and get themselves out by playing irresponsible shots. That’s more due to the playing conditions back home in Pakistan, where they get away with playing sloppy shots but you don’t get away with such shots so easily when the opposition is of a higher quality and the bowling is very good. The Pakistani batsmen need to think better in the Test series against South Africa and beyond that series, particularly in difficult situations and when the going is tough. In situations where run scoring isn’t easy, they need to learn to hang in there and have the patience and the levels of concentration to stay at the crease — instead they give it away too easily.”

Pakistan and South Africa meet in the first Test in Abu Dhabi on 14th October whilst the second Test match will be played in Dubai starting 23rd October.