A die-hard cricket fan died and went to heaven. He was thrilled to see it being filled with cricketers and they also played regular matches.

He was granted entry in the heaven’s dressing-room. He was thrilled to see several bats lined up. As walked past the bats, he checked them one by one and felt truly privileged.

The first bat he saw was of WG Grace, followed by Sir Don Bradman, the illustrious list continued as he walked past the bats of Victor Trumper, Wally Hammond, Leonard Hutton, George Headley, Denis Compton and Ranjitsinhji. The next bat that he saw completely shocked him. It was Sachin Tendulkar’s bat! He knew Tendulkar was alive and was curious on how the Master Blaster’s bat came there.

He saw the curator around and asked him, “Sachin is still alive, what is his bat doing here?”

The curator smiled at him, “It’s not Sachin’s bat. It’s God’s. He lent it to Sachin.” 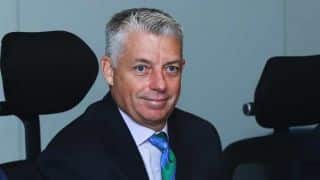