With Smith, Kallis, Tendulkar, Swann calling it a day, Test cricket looks to a new future.

Graeme Smith shocked the world by announcing his retirement from international cricket. His last day as an international cricketer is on March 5, 2014. After that Test cricket will lose another of its modern greats and all very soon. Shrikant Shankar writes about the retirements in Test cricket and what who will be the future torchbearers for the game’s longest version.

It is widely believed that Test cricket is on the decline. Reducing spectators at stadiums and the rise of Twenty20 cricket is having an adverse effect on the game’s longest version. If we leave T20 cricket alone and focus on the spectators, then we can say this — in any sport the fans will come if the big players are playing. If world renowned players are taking the field then that attracts the fans and they become supporters. If those big players are not playing then the numbers are bound to reduce. So, when Graeme Smith announced his retirement from international cricket, one could envisage a slight issue for the longest form of the game.

Smith has been one of the best batsmen and captain the modern-day game has seen. He may not be the most stylish players, but at the end of the day as a batsman one has to score runs. Smith scored 9,265 runs in 117 Tests at an average of 48.25. He scored 27 centuries and 38 half-centuries with a highest of 277. Now these are staggering numbers for an opening batsman. Smith may not be considered as an all-time greats, but in the modern-day game he is one.

And his retirement brings Test cricket in a tight situation. Only a few months back another South African and world legend Jacques Kallis retired from Test cricket. Now Kallis scored 13,289 runs in 166 Tests at a phenomenal average of 55.37. He is second in the all-time list of the most centuries scored with 45. He is only behind Sachin Tendulkar’s 51. And Tendulkar retired just in November 2013. He was the last of the famed India middle-order. Rahul Dravid and VVS Laxman played their last Test in January 2012.

Kevin Pietersen’s Test career has also ended albeit in different circumstances. But there can be no denying the fact that Test cricket has lost many stalwarts in recent years. Suddenly the players who made Test cricket exciting have all retired, some expectedly and some unexpectedly. The length of the Test series between teams are reducing and many players are focusing their careers in T20 cricket.

But change is inevitable in any walk of life. Players come and go all the time and the game moves on. Test cricket may not be what it was some 15-20 years ago; and it certainly is not what it was 30-40 years back. But the game has seen many greats come by even in the modern age. There are players in the current day who are the torchbearers for the future. South Africa are entering an uncertain time, but they have players like AB de Villiers and Hashim Amla who are already giants of Test cricket. There isn’t a series in the last few years where South Africa have played and either of the two or both have not scored bulks of runs.

India most certainly have lost all their great players in the last few years. The only remnants of the side that was No 1 in the world in 2010 and some part of 2011 still playing for the national team are MS Dhoni and Zaheer Khan. While Dhoni’s position in Test cricket has been questioned many times, Zaheer is well past his peak. But India have an exciting future ahead. Virat Kohli and Cheteshwar Pujara have shown that they have what it takes to score the runs at home and away.

The likes Shikhar Dhawan and Ajinkya Rahane have also impressed in the recent tour of New Zealand. Mohammed Shami is also an exciting prospect for the future. The England national team may be in disarray, but Alastair Cook, Ian Bell, James Anderson and Stuart Broad are still playing. Their numbers are up there with some of the best. Australia have found new vigour under Michael Clarke and they have an abundance of talent coming through. David Warner, Steven Smith, James Pattinson, Pat Cummins, Mitchell Starc are just some of the players who have shown they have what it takes to excel in Test cricket.

Not all of the above mentioned names will become legends or greats. But there is enough to believe that Test cricket can progress with these players at the forefront. A new era has been ushered in Test cricket as the news of Smith’s retirement just begins to sink in. The spectators and fans will now get to see new legends and greats. 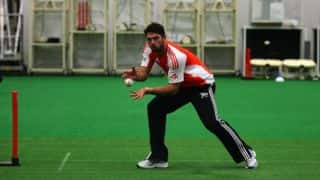 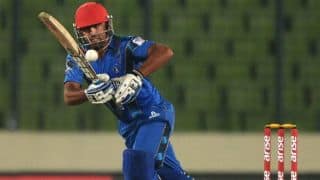