Elliot could have hit a purple patch in his career, which was recognised by selectors.

Grant Elliott’s inclusion in the New Zealand squad for the ICC World Cup 2015 over the likes of Jimmy Neesham came as a shock to the cricketing world. The New Zealand public were baffled and often furious about the call to include someone who last played an ODI more than a year ago. But with the all-round effort at Dunedin in the fifth ODI against Sri Lanka, Elliott repaid the faith shown by selectors. Rishad D’Souza explores.

It was difficult to fathom what New Zealand management was thinking when they drafted Elliott in the 15-man squad for the coveted mega-event that engulfs the cricketing world once in every four years. That Neesham had to sacrifice his place for someone who has always misfired at the international level was too difficult a pill to digest for New Zealand fans.

On Friday, Elliott gave us a clue as to why he may have been selected. He came out to bat under dire circumstances. The Sri Lankans were bustling when they had New Zealand down at 93 for five, it’s not like Elliott was expected to hit more than 40-45 runs. That is the impression you get from someone with an average of less than 30.

But Elliott went about his job in sublime manner despite several pressures that may have played on his mind; the burden of past failure, the pressure created by seeing wickets fall at the other end and most importantly the rancour he would incur from peeved New Zealand spectators should he have failed.

Under such circumstances he radiated a sense of calm even as Luke Ronchi, at the other end, went about bludgeoning the ball out of the park in characteristic fashion. Together the two stitched a record 267-run partnership propelling New Zealand to 360. Ronchi’s effort with the bat, smashing 170 from 99 balls, eclipsed Elliot’s 104 off 96 deliveries, but the latter’s effort was symbolic of something bigger — the hunger to prove his worth.

Often cricketers hit a purple patch just out of nowhere and those who cash in are blessed. Perhaps, Elliott is in that phase of his career right now and the selectors saw it coming. To add weight to the theory, Elliott later came back to pick two big wickets. Sri Lanka were starting to look slightly dangerous at 93 for no loss but Elliot broke the partnership by taking the wicket of Lahiru Thirimanne. He then picked the prized wicket of Kumar Sangakkara for just nine runs.

Elliott revealed that there is more to him than meets the eye at first glance and if he can continue in this vein into the World Cup, it will only strengthen New Zealand’s chances of finally lifting gold.

The World Cup exclusion may have pricked Neesham hard, but if Elliott helps the team onto something big in the tournament, even he will feel satisfied. Elliott silenced his detractors by giving a glimpse of his capabilities at Dunedin. One hopes that he takes the confidence from this match into the World Cup and beyond. 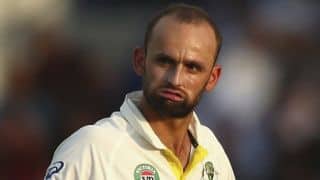