India have not done too well in Tests since Tendulkar’s retirement.

Sachin Tendulkar retired from One-Day Internationals (ODIs) in 2012 before hanging up his boots in Test cricket the following year. After being Indian cricket’s stalwart and backbone for 24 years, many were apprehensive at how Team India would deal with his loss in the middle order. On his 42nd birthday, Shiamak Unwalla looks back at how India have done since his retirement.

Sachin Tendulkar’s farewell Test series was a rather hastily-organised two-match affair against the West Indies in November 2013. Tendulkar scored an attractive 74 in his final Test innings at his home ground of Wankhede, Mumbai, as India won both matches comfortably. It was also the last time India won a Test series. READ: Sachin Tendulkar: A look back at the legend’s career

Between 1989 and 2013, Tendulkar played exactly 200 Tests. Below is a table showing how India did in Tests featuring Tendulkar:

Of the 200 Tests, India won and drew 72 matches apiece, and lost 56 games. Tendulkar was a part of some of India’s most historic victories: Against England at Headingley in 2002, against Pakistan in Multan 2003-04, against South Africa in Johannesburg in 2006-07, and against Australia in Perth in 2007-08. Tendulkar’s scores of each of these games: 193 at Headingley, 194 not out at Multan, 44 and 14 at Johannesburg, and 71 and 13 at Perth. READ: Happy Birthday Sachin Tendulkar: Twitter reactions

Since his retirement, India have played 13 Tests, winning only one, losing seven, and drawing five. Below is a table detailing India’s record in these games:

India’s first assignment after Tendulkar’s retirement was a tour of South Africa. Murali Vijay, Virat Kohli, Cheteshwar Pujara, and Ajinkya Rahane ensured that India came out with their heads held high despite a 1-0 loss. Next came the tour of New Zealand. This time Ishant Sharma put India in a winning position before Brendon McCullum toppled India. Shikhar Dhawan, Kohli, and Rahane were the protagonists for India this time. READ: Happy Birthday Sachin Tendulkar: A legend, both on and off the cricket field

Then came the England tour, which gave India their first Test win since Tendulkar’s retirement: an epic at Lord’s that will go down in history as one of India’s greatest triumphs yet. However, a shocking capitulation followed, with only Vijay, Rahane, and MS Dhoni showing any true grit as India lost 1-3 after being one Test up. For the first time since Tendulkar’s retirement, India returned bloody and beaten.

India’s last Test series was the Border-Gavaskar Trophy in Australia. This time, Vijay, Kohli, Rahane, and KL Rahul all scored centuries, and though India lost 2-0, they managed to send a message that the new-look India were finally ready to look at life beyond Tendulkar. Though the batting faltered on occasion, there was never a situation in which no one put their hand up. READ: How much has the Master Blaster’s ODI retirement really affected India?

Though India have struggled in the longest format, their One-Day International (ODI) record has been outstanding since well before Tendulkar stepped aside. Toward the latter part of his ODI career, Tendulkar opted out of more matches than he played; this allowed India to build a side around him that could hold its own even without his calming influence at the top. Ever since ICC Cricket World Cup 2011, India have looked among the best ODI sides in world cricket, more so than when Tendulkar was at his peak. READ: Happy Birthday, Sachin Tendulkar!

Below is a table showing India’s ODI record in matches featuring Tendulkar:

As seen above, though India won more than they lost with Tendulkar in the side, the number of wins was not much more than losses. This perhaps illustrates just how crucial Tendulkar was to the side, since his own ODI record was always exemplary. Without him in the line-up, the number of losses would have almost certainly outweighed the wins. READ: Sachin Tendulkar launches into Abdul Qadir: 6,0,4,6,6,6

Since Tendulkar’s retirement, though, India’s numbers look much better. Again, this is largely due to the fact that India were a much better ODI side toward the end of Tendulkar’s career:

As can be seen above, India’s wins are almost double that of their losses. With Rohit Sharma, Rahane, Dhawan, and Kohli being among the best ODI batsmen in the world at present, India’s batting is no longer dependant solely on one batsman.

Since Tendulkar’s retirement, India have won series in Sri Lanka, West Indies, Zimbabwe, Bangladesh, England, along with being nearly unbeatable at home; their only home series loss has come against Pakistan in 2012-13. Though they lost series in South Africa, New Zealand, and Australia, they won ICC Champions Trophy 2013 in England and were semi-finalists in ICC Cricket World Cup 2015, where they were unbeaten till the semi-final.

To sum up, India have not done too well in Tests since Tendulkar’s retirement, though there are undeniable signs that there will be much success in the future. In ODIs, India remain a fierce contender in world cricket, and have a bright road ahead. Indian cricket is, and will forever be indebted to Sachin Ramesh Tendulkar, but the future of Indian cricket is in good hands. Perhaps that will please Tendulkar more than a birthday wish. 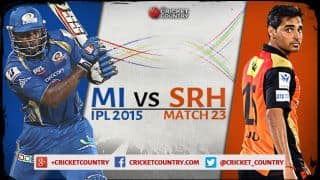