Harmeet Singh has been named in the upcoming season for Mumbai in the Ranji Trophy 2015-16.

A talented left-arm spinner, Harmeet Singh shot to prominence after he helped India lift Under-19 World Cup in 2012. While many greats like Ian Chappell and Wasim Akram had claimed that he was ready for international cricket, lack of opportunities in domestic circuit prevented that from happening. As Harmeet gears up for the upcoming season for Mumbai, Pramod Ananth spoke to him about his preparations, his short Indian premier League (IPL) stint and more.

Cricket Country (CC): You got very limited opportunities in the previous season. Do you feel you’ll get more games this time around, and how are you preparing for it?

Harmeet Singh (HS): See, I personally love playing for Mumbai. Whenever I’ve played I’ve done my best. Everybody tries to do well, and that is something I show in my performances. When I start playing full seasons, I’ll get a feedback as to what is to be done to get better. This is the maximum I’ve played for Mumbai—four games. It gave me an idea as to how to get better and how to prepare for next season. How people are playing against me, and how to get better. READ: Aditya Tare: Watching Wasim Jaffer play was like an education to the Mumbai team; his move from Mumbai is a great loss

CC: Mumbai is going through a transition phase, with youngsters like you coming through the ranks. Do you think the fate of the team will be different this season? Do you feel Mumbai can win again with the current players?

HS: I don’t agree with what you’re saying (about transition). Everyone in the team is talented  and has the potential. Last season we were trying to bond, which we have done well this season. We know each other much better, both on and off the field. That actually matters. If the captain knows about the intricacies of the player — what makes him feel better on the ground, what his nature is, what his attitude is towards the game. These one percent factors help. I think this season it will be a boost for us and it will help us play better. READ: Shreyas Iyer: Rahul Dravid advised me to play according to my instincts

How has it been working with your new coach Chandrakant Pandit so far?

It is a good experience. He wants the task to be completed every time. There is a sense of urgency in his approach. He is different from [Pravin] Amre. He is a taskmaster, and wants the job to be completed by whichever player he assigns it to. If you take it in a good way it is good, and is helping the players. The players are taking it in the right way and trying to know what he wants from us. That is what is helping us. We are heading in the right direction, and I think we will do well.

You’ve played in just one IPL match so far—for Rajasthan Royals (RR). Do you see yourself playing in the tournament in the future?

It all depends on how I play in the Ranji trophy. When I played last season it was quite late. I got  a six as well as a four-wicket haul. It was still quite late for me to get into the auction, in which I eventually did not get picked. Actually, I really didn’t want to play last season because I felt I wasn’t that equipped. I had just started playing that level again, and I needed time to soak it. This year, if I start doing well and I’m continuously playing at that level, the pressure that will help me grow. IPL is not that necessary for me to play because if I get two [full] Ranji [Trophy]seasons, I want to get into the Indian Test squad. So, even if it is through IPL, it doesn’t matter. I’ve playing T20S a lot lately and I’ve been a good T20 bowler as well, surprisingly! But I am taking my batting seriously as well. READ: Aditya Tare named captain as Mumbai announce squad for Ranji Trophy 2015-16 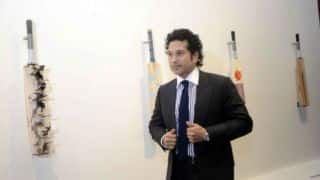