After the fourth overseas series defeat on the trot, does India need a new captain in Tests? Arunabha Sengupta looks at it from both sides.

Yet another overseas series loss. Yet again the inability to force a win from the absolute threshold of certainty.

With each passing minute, calls for MS Dhoni’s head grow louder. Fingers continue to be pointed at his defensive approach – a trait that has plagued the Indian fans ever since the refusal to chase an apparently gettable total at Dominica. Since then 12 overseas Tests have produced 10 defeats and two draws, including those infamous 0-4 whitewashes. The results have been abysmal.

Is the time ripe for a younger man taking on the responsibility, at least in the Test matches? Someone like Virat Kohli? Apart from changing things around, it would also help ease the tremendous burden Dhoni has been carrying for the last five years.

The burden is indeed incredible. Dhoni has led India in 53 Tests. The next wicketkeeper-captain on the all-time list is Gerry Alexander with 18. In One-Day Internationals (ODIs), Dhoni’s159 matches at the helm is way ahead of Andy Flower’s 46.

And yet, he has managed to become the most successful captain for India in all the formats of the game.

Is it not expected that the superhuman strain will slowly take its toll? Is it not natural that during long partnerships even the imperturbable Dhoni will let things drift in a weary daze? It has been argued with a lot of reason that a new captain appointed in the Test matches will help extend Dhoni’s own career.

However, at the limitless peril of going against this all-consuming flow, let me try to offer a contrasting point of view.

First of all, it is unfair to club the debacles in England and Australia with the defeats in South Africa and New Zealand. Dhoni has not led the same team in these two different phases. The sides that toured in 2011 were loaded with legendary names on the last legs of their distinguished journeys. The 0-8 (seven of the Tests led by Dhoni) had been characterised by batting collapses, and conspicuous lack of any semblance of fight.

The teams that travelled to South Africa and New Zealand were remarkably different. The big names had gracefully faded away, replaced by promising ones. In the interim period, the transition had been laudable. After the young team had been beaten at home by England, they had come back to trounce Australia 4-0. By the time the West Indians had been hammered, important pieces of the side were falling into place.

Regardless of the reactions after the series, not many had given the youthful side much of a chance in South Africa. Yes, they lost. But they had started by batting themselves into a winning position at Johannesburg before failing to knock over the final Protean wickets.

In New Zealand, they superbly bowled themselves back into reckoning at Auckland and, at least when Shikhar Dhawan and Kohli were at the crease, looked like pulling off a remarkable win. At Wellington, they held the upper hand for most of the game before that miraculous rear-guard action from Brendon McCullum.

This team did not surrender as meekly as their predecessors had done two years ago. They fought till the end, created opportunities and were on the verge of turning the tables.

In my view, this falls under the gradual process of transition. This is a new Test match side that fights hard. There are plenty of areas where they have to improve – especially in the pace bowling department. But, changes are very apparent. It will not be unfair to say that Dhoni has carried the side through this change.

Let us now turn our attention to a piece of global statistic.

Starting January 2013, there have been 47 Tests contested on non-neutral venues. Only four matches have witnessed defeats to the home side, two of them in Zimbabwe and one in Bangladesh. The Mitchell Johnson powered Australian victory over the Proteans was the first overseas win over a major side.

This underlines that home advantage has taken on a very significant dimension. True, India has not won abroad. But, neither have too many others. It is grossly unfair to single out MS Dhoni’s team for the recent reversals.

Finally let us touch upon the subject of Dhoni himself. Branding him as unsuitable for Test cricket has grown into a national pastime, repeated often enough to attain gospel-like proportions. However, let us look back at Wellington to get some perspective.

On the fourth morning, McCullum was batting on nine. With Mohammed Shami running in, Dhoni quietly brought Kohli up to silly mid-on. It was a relatively unusual fielding position, indicating that a lot of thought had gone into the move. Obligingly, the Kiwi captain popped up an easy one. Kohli snatched at the ball and grassed it.

The Indian captain had done everything right – including plotting, planning and scheming. If the catch had been held, the match would not have gone into the fifth day.

Dhoni could not be expected to pouch the catches for his teammates, although he did attempt to take wickets for them. So toothless was the bowling that he took off the pads and came on himself. It did not work, but not for want of tactics or trying.

As discussed, there are plenty of arguments for a change of captain, and such a move can benefit both India and Dhoni himself.

However, such a decision should not stem from the largely erroneous perception that Dhoni is solely responsible for India’s poor showing abroad.

The real problems lie elsewhere, especially in the historical inability to produce a pace bowler with a sub-25 career average. Focusing on the right areas can indeed help India a lot more. 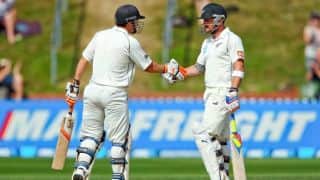 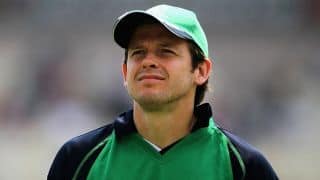