How can BCCI shorten IPL?

How can BCCI shorten IPL?

Ayush Gupta predicts on how the format of the most successful T20 league in the world can be shortened and made more entertaining by BCCI.

As another entertaining season of the cash-rich Indian Premier League (IPL) 2016 comes to a thrilling end, the ninth season of the league has once again turned out to be fairly successful in all platforms. However, there were numerous rumours about the longevity of the tournament, due to its oversized format and the timeline of the tournament as it actually runs (start to end). With the tournament lasting almost about a couple of months, along with 60 matches, it is said to be a tiring tournament for both viewers and the players, which indeed calls for an overhaul. Ayush Gupta predicts on how the format of the most successful Twenty20 (T20) league in the world can be shortened and made more entertaining by the Board of Control of Cricket in India (BCCI). Road to IPL 2016 final

This is almost the same league table format where teams play against each other twice on the home-and-away format. However, in the modified round-robin format, each teams play against each other at least once. Each team can also be assigned a rival team, thus allowing them to play a second leg against them. The ‘rival’ teams does not generally change every season and can remain the same. This format is mainly popular in the Australia’s Big Bash League (BBL). David Warner and the Australian domination in IPL

If BCCI are reluctant to discontinue with the current league stage format, the other thing they could come up with is to curtail the number of participating teams in the league from eight to six or seven, as it would reducing the number of matches, increasing the competition in the league. While there are 56 league matches now, removing one team will bring that down to 42; removing two will bring the count to 30. To compensate, BCCI can come up with franchise bids every one or two seasons to allow new teams to join the tournament along with fresh auctions once or twice a season, thus allowing to shuffle teams and keep the competition open. However, the number of participating teams during each season would remain six or seven. Virat Kohli and AB de Villiers: A club of mutual admiration

The zonal team system would also be a fair choice as is the format in the BCCI’s domestic tournament Duleep Trophy. The franchise could play against the teams of different zones at least once. However, they could play against the teams of the same zone on two legs (home and away) format, thus allowing the competition to be bigger and thrilling. There are five zones currently in the BCCI domestic structure in the form of North, South, East, West and Central, as it is most likely that BCCI would stick to the same zonal structure in the IPL as well.

The 2016 edition of the IPL was played for over 50 days, thus making it the longest tournament till date and a tiring one. Although the official viewership ratings reached all-time high owing to some incredible performances from the teams and the players, the long structure and format of the game was in serious question for most, as it was not possible for every team to come up with quality performance every single day, thus making it one of the boring tournaments.

Do you agree with these recommendations? Do let us know.

Where was the humour in Tanmay Bhat's Sachin Tendulkar-Lata Mangeshkar video? 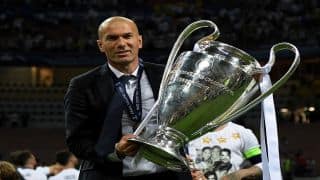