In a bizarre fashion, a club team in Bangladesh lost a match as their new-ball bowler bowled only 4 legitimate deliveries and conceded 92 runs.

Daan van Bunge of Netherlands breaks out in a sweat every time he thinks of a holiday in St Kitts, as in his tortured mind, memories of Herschelle Gibbs face after the 36-run over in the 2007 ODI World Cup shines brighter than the reflection off the azure sea.

Even Test cricket has had its share of expensive single overs, but both episodes that come to mind involved merely 28 runs apiece.

Robin Peterson has swallowed anti-memory pills to no avail as Wanderers 2003 and Brian Lara s assault on him hurts like a festering wound. James Anderson, on the other hand, merely needs to look at opening partner Broad to feel better about his own walloping at the hands of George Bailey at Perth during the 2013-14 Ashes.

And in any other sport, it would have been an oxymoron to call the Wellington versus Canterbury match played at Canterbury in 1990 First-Class . But this is cricket, and that is how the archives will describe it, notwithstanding the 77runs that were scored off Bert Vance s 22-ball over.

But all this paled in comparison to what happened in Bangladesh recently in a Dhaka Second Division Cricket League match between Axiom Cricketers and Lalmatia Club.

In a move that the Lalmatia team thought was highly suspicious, the umpires did not allow them to see the coin before the toss. They lost the toss, were sent in to bat and were all out for 88 in 14 overs. To add insult to the injury, Lalmatia thought they were further done in by some less-than-neutral umpiring decisions.

Seething with indignation (one is not quite sure whether it was at their own ineptitude, the life-changing injustice of the invisible coin, the perceived bias in umpiring, or all of these put together), the teenagers who comprised the Lalmatia team decided to lodge a protest unlike any ever attempted on a cricket field.

The captain asked opening bowler Sujon Mahmud to deliberately deliver as many wides and no-balls as he possibly could.

Sujon surpassed the wildest expectations of his delighted captain.

While Axiom s bemused opening batsman, Mustafizur Rahman (no relation to the supremely talented left-arm fast bowler who opens bowling for Bangladesh and Sunrisers Hyderabad) managed to dispatch 3 of the 4 legitimate deliveries he received, to the boundary, his score would remain confined to those 12 runs. Not so his team s.

Stepping high (literally), wide and plentiful, as PG Wodehouse, himself a keen cricketer, would have described, Sujon proceeded to bowl 15 no-balls.

For good measure, he then bowled 13 wides, each of which the wicketkeeper and fielders allowed to proceed unimpeded to the boundary. This brought in a tidy sum of 65 runs.

Added to the 15 runs from the no-balls and the 12 runs scored off the bat, this gave the Axiom team a famous (or in this day and age, viral) victory by 10wickets.

Who knows what Sujon could have achieved if he had been allowed another 2 deliveries? 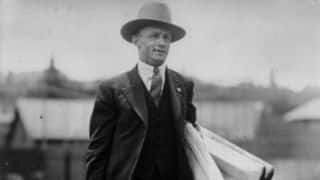 How much would Don Bradman have averaged had he played in India? 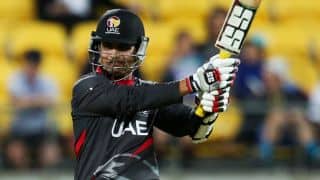