ICC Champions Trophy 2017: India fell flat in the summit clash against Pakistan and failed to defend their title.

Entering as defending champions and one of the favourites, India did little harm to their reputation as they ended as the runners-up in the ICC Champions Trophy 2017. They failed to cross the final hurdle against old nemesis Pakistan, handing them their maiden Champion Trophy triumph but nevertheless, Team India provided its fans and the game some stunning moments to be cherished. Suvajit Mustafi presents India s report card for the mega event:

Dhawan now has 1,113 runs at 65.47 in ICC ODI events. He steps to a different echelon in such events. He was the best batsman in the tournament and failed only once that too in the final. Dhawan was the third wicket to fall off Mohammad Aamer in the final and that sort of sealed India s fate. Dhawan s run in the tournament read 68, 125, 78, 46 and 21. His runs came at a strike rate touching 102.

He may not have run through the sides but playing on batting paradises, and bowling majorly at the Powerplays and death, Bhuvi emerged with an economy rate of 4.63. It was Bhuvi who dented South Africa s lower-order, Bangladesh s top-order and helped Indian restrict Pakistan below 350 in the grand finale. Bhuvi continued his great run from the IPL and has established himself as India s premier limited-overs bowler.

Kohli gets a mark for leading India to the ultimate stage of this mega event. He gets half a mark deducted for employing defensive tactics against Sri Lanka and bowling Kedar Jadhav at the wrong time in the final. In a case of possible miscalculation, Bumrah bowled an over less. Kohli failed twice with the bat. India lost both the games, which illustrates his importance. Otherwise, he got 81 not out against Pakistan at Edgbaston, 76 not out against South Africa and 96 not out against Bangladesh. His strike rate touched 99.

Team India relied on Kohli s chasing skills in the final with 339 at sight. He failed. India failed. Otherwise, it was another run-fest extravaganza for the Indian skipper.

Like Shikhar and Kohli, Rohit too had a good run with the bat till final. He fell to a Mohammad Aamer-beauty again and his duck cost India dearly. It was good on him to not review the decision for team s sake despite being half sure about it. Rohit started with a patient 91 against Pakistan at Edgbaston that set up India s innings. He scored a breezy 78 against Sri Lanka. He was looking good against South Africa but fell for 12 and his 123 not out in the semis made the chase against Bangladesh a cakewalk. Rohit now has 2 hundreds in ICC ODI event s knockout games. The only Indian he is behind right now is Sourav Ganguly, who has 3 to his name.

It is not easy being Pandya. Just step into his boots. You will come in at the end with a few balls remaining or at 54 for 5. With established bowlers around, you will be the one picked for runs. Fans will question your role, your place. Pandya did stand up to the occasion. His 6-ball 20 not out took India past 300 in their first game, his 76 from 43 balls gave India an outside chance of lifting the trophy before he was run out. Pakistan scored at an innings run rate of 6.76. Pandya returned with figures of 10-0-53-1, claiming the wicket of centurion Fakhar Zaman. He did his bit, not spectacularly yet effectively.

In October 2016, Pandya won a Man of the Match award on his ODI debut for his bowling. He got the award from Kapil Dev. Some hailed him as the possible next Kapil for India. Too early and far-fetched but had he not been run out in the final, there was a high possibility of him ending up playing an innings of similar magnitude as Kapil s 175 not out in the 1983 World Cup.

Jadhav s 13-ball 25 not out against Sri Lanka helped India cross the 320-mark. The only other time he batted was in the final and he failed. Had he stitched a partnership with Pandya, there could have been a chance for India. His marks also get deducted for sloppy fielding efforts throughout the tournament. However, Jadhav the part-time bowler excelled. His spell against Sri Lanka effected the run outs. He claimed the crucial wickets of well-set Tamim Iqbal and Mushfiqur Rahim in the semis and even in the final, he got the key wicket of a set Babar Azam.

Yuvraj did nothing noteworthy expect for his exceptional knock against Pakistan in India s tournament opener. Yuvraj s 32-ball 53 propelled India to a match-winning total. He struggled against Sri Lanka and though he hit the winning six against South Africa, he did not look comfortable in his stay. He did promise a bit in the final but fell to teenaged Shadab Khan s wizardry. Yuvraj gets 2 points deducted for his poor fielding.

Bumrah bowled the most expensive no ball of his career in the final. Zaman survived and repaid the faith with a match-winning hundred. Bumrah leaked runs in the final, something that was not expected out of him. He was however good in patches but did not get the desired number of wickets. His spell helped India s cause in the all-important game against South Africa. He was brilliant against Bangladesh in the semis. Bowling mostly in the Powerplay and at death, Bumrah emerged out with an economy of 5.

And yes, in the final, Bumrah finally scored a run. Yes, his first run in international cricket after 40 matches.

Pandya was promoted ahead of Dhoni in India s opener. The fact well illustrates Dhoni s waning magic with hit-at-will. He batted against Sri Lanka and scored a quick 63 but it was not quick enough to get India to the 340 that was well within the sight. Being the master of chases, all eyes were set on Dhoni to help India get close to Pakistan s total in the finale. Dhoni walked in at 33 for 3 and walked out at 54 for 5, scoring a 16-ball 4.

You expect big from big players. Dhoni did not deliver. He was good behind the stumps, especially against spinners and took an excellent catch to get rid of Shakib Al Hasan in the semis. He gets half a point for helping Kohli out with strategies.

One good game, one bad game and Umesh was dropped. He looked lethal in the warm-up matches and was excellent against Pakistan, claiming a 3-for. However, in quest for extra pace, he sprayed it all around against Sri Lanka who hammered him to the pulp. His 9.4 overs cost a wicket-less 67. Unfortunate that the axe fell on him after just one bad game as Ravichandran Ashwin came in.

The writer believes both Umesh and Mohammed Shami could have made a difference to India s campaign. The valid question: Who would have sat out then?

Let me start with giving him a mark-and-half for his fielding. That was usual Jadeja. With the ball, he was expensive, flat and mostly ineffective. He had decent outings in the first game against Pakistan, he kept things tight against South Africa and did not leak too many against Bangladesh, getting the wicket of Shakib.

Jadeja had scripted India s win 4 years back in this tournament. He did not threaten enough. He had off games against Sri Lanka and against Pakistan in the final. India went on to lose them. He gets a point deducted for his involvement in the mix-up with Pandya which led to the latter s run out in the final. Jadeja was ball-watching and did not care to sacrifice his wicket for his well-set partner.

Having sat out for the first 2 games, Ashwin made his way back against South Africa. He bowled beautifully to get rid of Hashim Amla, finishing with 9-0-43-1. That was it. He registered 10-0-54-0 against Bangladesh and was taken to the cleaners in the finale. Ashwin s 10-0-70-0 is the most expensive figure by any spinner in an ICC ODI event final. He was slow on the field and even dropped a relatively simple catch.

Mohammed Shami, Dinesh Karthik and Ajinkya Rahane did not get any game. 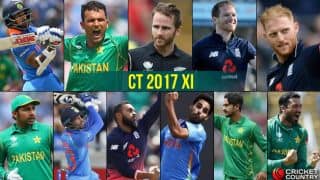 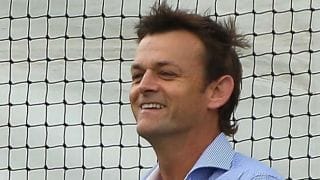