2,258 days since Yuvraj Singh played Sri Lanka in an ODI for the last time.

934 days since the last India-Sri Lanka ODI clash. The teams had last played each other on November 16, 2014, when India beat Sri Lanka by 3 wickets while chasing 288. Their last match at a neutral venue took place on February 28, 2014 at Fatullah in Asia Cup.

3 times India and Sri Lanka have clashed in Champions Trophy history. Two of them happened in the final (and its replay) of 2002, both of whom were washed out. The other encounter was at Cardiff in 2013, where India beat Sri Lanka by 8 wickets by completing the chase in just 35 overs. The fourth match will be played at The Oval.

4 wins each for India and Sri Lanka at The Oval in ODIs. Interestingly, they have 7 defeats each as well. India have also played a match without a result.

8 times Sri Lanka have been bowled out under 45 overs since 2015 World Cup, the 2nd-most among the teams participating in this Champions Trophy, after New Zealand (9). On the other hand, this has happened only twice with India. Sri Lanka have also been bowled out 17 times, the joint-2nd most along with Ireland and after Zimbabwe (22), way more compared to India (6).

2,258 days since Yuvraj Singh played Sri Lanka in an ODI for the last time. His last encounter was back in the 2011 World Cup final. He has missed 20 matches against Sri Lanka in the interim.

1,427 days since MS Dhoni played Sri Lanka in an ODI. His last match against Sri Lanka was the final of West Indies Tri-Nation series 2013, when Dhoni won the match by hitting 2 sixes and a four in the final over to Shaminda Eranga. He has missed 6 ODIs in between.

63 runs scored on an average by Sri Lanka in first 10 overs of the innings in last 5 ODIs, more than India s 47. In 3 these matches Sri Lanka were bowled out (twice inside 46 overs). However, Sri Lanka have lost 1.2 wickets per match during this phase while India had lost 1.6.

90 runs scored on an average by India in death overs (40-50) of the innings in last 5 ODIs, way more than to Sri Lanka s 55. However, India have lost 2.2 wickets per match during this phase and Sri Lanka 3.

5 times Virat Kohli has been dismissed by Thisara Perera, the 2nd-most by any bowler and the joint-most by Sri Lankan bowler. Thisara has also dismissed Shahid Afridi 5 times. However, Kohli averages 45 against Thisara.

6 times Rohit Sharma has been dismissed by Angelo Mathews, the most by any bowler and the most by Mathews against anyone. Mathews domination is more evident by the fact that Rohit averages only 9.67 against him.

3 times each Dinesh Chandimal has been dismissed by Ravichandran Ashwin and Ravindra Jadeja. However, he averages 62.67 against Ashwin but 10.33 against Jadeja. Chandimal seems to have a weakness against left-arm spinners, averaging 15.37 against them (he averages 33.40 against right-arm spinners).

4 times Lasith Malinga has got the wicket of Yuvraj, the joint-most by him among Indian batsmen. He has also dismissed Sachin Tendulkar 4 times. However, Yuvraj averages 27.50 against Malinga.

1 wicket required for Nuwan Kulasekara to complete 200 wickets in ODIs. He will become the 5th Sri Lankan bowler to reach the landmark, after Muttiah Muralitharan (523), Chaminda Vaas (399), Sanath Jayasuriya (320) and Malinga (291).

5 wickets needed for Ashwin to complete 150 wickets in ODIs. He will become the 13th Indian bowler and 4th Indian spinner to do so, after Anil Kumble (334), Harbhajan Singh (265) and Ravindra Jadeja (151). Sachin Tendulkar also had 154 wickets.

35 runs needed for Rohit to touch 1,000-run mark against Sri Lanka. He will become the 10th Indian to do this. 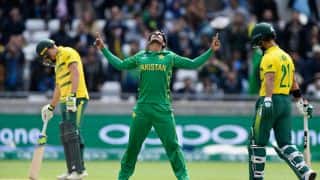 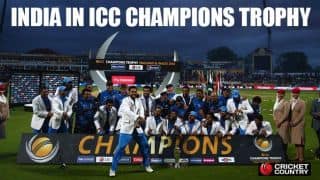