ICC Cricket World Cup 2015 has largely been dominated by the batsmen.

The ICC Cricket World Cup 2015 is over for Ireland, Afghanistan, United Arab Emirates (UAE), and Scotland— the four nations who were bearing the flag of the Associates. But before finishing their campaigns, the step-sons of International Cricket Council (ICC) made their marks in this tournament. Sandipan Banerjee lists the top five individual performances of associate cricketers.

ICC Cricket World Cup 2015 has largely been dominated by the batsmen. Thanks to the batting-friendly decks and field restrictions, bowlers have got fewer opportunities to express themselves. So in the list out top five notable individual performances of the associate cricketers, the batsmen dominate proceedings. ICC Cricket World Cup 2015: POINTS TABLE

1. Paul Starling‘s match-winning 92 against West Indies:  It was this particular innings of the Irish opener Paul Starling which brought the limelight towards Ireland and the associate nations. This was Ireland’s first game in the tournament against the depleted, but mercurial West Indies outfit. Batting first, West Indies posted a competitive 304 on the board. Then came the counter-attacking knock Starling. Thanks to that 84-ball 92, the morale of the West Indian bowlers was completely broken, and Ireland blazed through to the target quite easily. Top 10 batsmen in ICC Cricket World Cup 2015

2. Kyle Coetzer‘s record-breaking 156 against Bangladesh: Another record-breaking performance by an associate player, Kyle Coetzer took apart a strong Bangladesh attack and put on the highest individual score in World Cup by an Associate cricketer. Though Coetzer would have been much happier if his performance came in a winning cause, the quality of the knock cannot be questioned. Top 10 bowlers in ICC Cricket World Cup 2015

3. Samiullah Shenwari‘s historic 96 against Scotland: This is probably the most remembered innings by an associate cricketer in ICC Cricket World Cup 2015.  Afghanistan were playing their first World Cup and against Scotland they were desperate to register a victory. For this war trodden nation, this game was nothing less then a well-written Bollywood script, in which Samiullah Shenwari emerged as the hero. Chasing 211 to win, the Afghans were tottering at 97 for seven. Then came the rescue act of Shenwari, whose 147-ball 96 earned Afghanistan a nail biting one-wicket victory. ICC Cricket World Cup 2015: SCHEDULE & MATCH DETAILS

4. William Porterfield‘s top-notch 107 against Pakistan: This knock of the Irish skipper came against one of the strongest bowling attacks of this tournament, Pakistan. It was a do-or-die game for both teams, and William Porterfield came out with positive intent. He was aggressive from the start of his innings, and took on the Pakistani bowlers. This was his seventh One-Day International (ODI) hundred and on that day barring him no other Irish batsmen crossed the 30-run mark. This shows the significance of his innings. Unfortunately Ireland failed to win the game but Porterfield’s innings will be remembered for a long time. Top 10 fielders in ICC Cricket World Cup 2015

5. Shaiman Anwar‘s memorable 106 against Ireland: Shaiman Anwar has been a consistent performer for UAE during their campaign this World Cup. At one point of time he was the leading run scorer of this tournament as well. Against Ireland he scored his first ODI hundred — and the first by a UAE cricketer in World Cup — and that knock of 106 put UAE in a very strong position after being reduced to 125 for five. Though they narrowly lost the game, Anwar’s ton wrote a new chapter in the history of UAE cricket. Top 10 wicketkeepers in ICC Cricket World Cup 2015

It was not all about batsmen though, as the bowlers also had their days. The match-winning spell by Ireland’s Alex Cusack against Zimbabwe, and some of Hamid Hassan’s bowling efforts for Afghanistan’s, or Josh Davey for Scotland were also very significant for their teams in this batsman-dominated tournament. ICC Cricket World Cup 2015: Pool-wise Team Standings 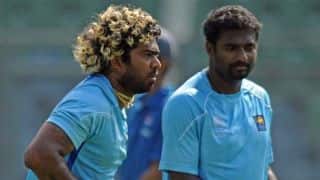 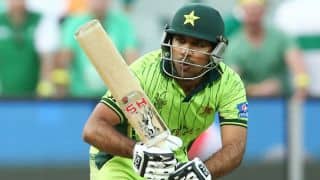 Sarfraz Ahmed: Australia will be under pressure against Pakistan in ICC Cricket World Cup 2015 quarter-final