Standing at 6’2”, Matthew Short waited in the hotel lobby preparing himself for a series of questions from the media. Now, just before he began to answer those questions, youngsters politely asked him, are you a fast bowler? The question embarrassed Short and he replied with a smile, “No I’m more of a batsman.”

Not only is Short a batsman, he is a very good batsman and that too an opener.  The lad from gold mining town of Ballarat in Victoria was Australia’s second leading run-scorer in ICC Under-19 World Cup 2014. Short, attributes his success to countless of hours spent in the nets leading up to the tournament.

“Plenty of work in the nets and also talking to the coaches [Grame Hick and Greg Chappell] on their experience on playing on these style of wickets.”

Growing up in the country town, he came through the system, before ending up at Northcote cricket Club (NCC) in north of Melbourne.

Representing Australia at the Under-19 level is a huge honour feels Short. As he prepared himself for the semi-final against South Africa, he admitted that there were a few nerves before the match, but was quick to point out that it could be a big game for him.

“Definitely this is the biggest game, it hasn’t got any bigger than this in my career so far so.  After the World Cup, I definitely want to go play First-Class games for Victoria and Australia, but before that I want to do well in the remaining games of the tournament.”

Apart from his potential with the bat, Short’s ability to roll his arm over as a part time off-spinner has also ensured that Australia has another spinning option.

“I’ve always been an opening batsman and I have bowled off-spin from the [start of my career too].”

While Short was not part of the eleven in the tournaments leading up to the World Cup, it has been his ability to bowl spin that has allowed him to jump ahead of Kelvin Smith, as the opening batsman.

More importantly, Short understands that he needs to have an option out of cricket in case, he does not play at the highest level. So, since passing out of college last year, Short has gained admission into Bachelor of Physical Education. Given the importance of his selection in the green and gold at the Under-19 level, he has deferred his studies for one year.

With scores of 96, 57 and 37, Short is well on his way of achieving success in his career. 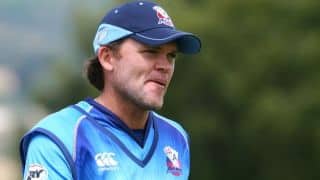 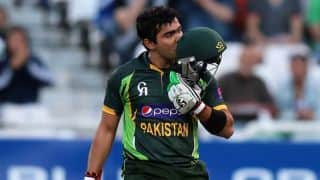