Shruti Chopra dwells into her tarot cards to see what lies ahead in the England Vs India ICC T20 World Cup game on Sunday. 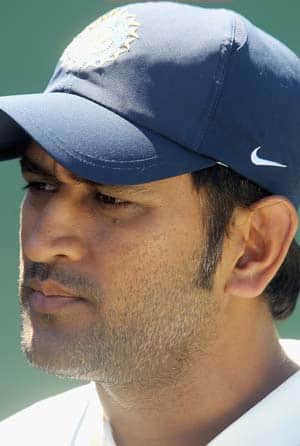 MS Dhoni will be a proactive captain and, like the Wheel of Fortune, has the key in changing the team’s fortunes. As a batsman he will be eager and positive. Like the Sun, he will manage to inject some energy into the innings. But he could still end up in the losing side © Getty Images

Shruti Chopra dwells into her tarot cards to see what lies ahead in the England Vs India ICC T20 World Cup game on Sunday.

The Devil and the Star both represent a strong need and deep desire to make this opportunity count. They will relish the idea of getting on top of their opposition. They will not be overconfident about doing so, but instead will look to maintain balance. Like the Four of Pentacles, they will play a careful game and will look leave no room for excuses in all areas of batting, bowling and fielding.

Stuart Broad‘s captaincy will appear anxious at times. He wants to do really well, but will find his nerves getting in the way. He will manage to steady himself. It’s a similar situation with his bowling. He will try too hard as suggested by the Knight of Swords, but he will regain his authority and be economical.

Tim Bresnan, like the Hierophant, will have a balanced game. He looks well prepared and is ready to take on the challenge.

Luke Wright will need to stick to his basic plans, otherwise over eagerness can be detrimental, especially as the Five of Pentacles shows his weaknesses being exposed.

Eoin Morgan will look to get on top of the opposition. Like the High Priestess, he will reveal his hidden qualities.

Jade Dernbach, like the Strength card will be in command despite being expensive with the ball. Overall, it will be a good day in terms of taking wickets.

Steven Finn too will be expensive at times, but will receive results through some clever deliveries.

India will be two extremes – the first like the Queen of Wands, commanding and able to manipulate situations in their favour. The second, like the Five of Swords and Eight of Cups, aggressive without proper direction and disappointing during important moments in the match. They will be temperamental and will therefore need to be careful of not coming into this game with weak plans. Their bowling, batting and fielding will all need to be stepped up.

Mahendra Singh Dhoni will not wait around to make changes. He will be a proactive captain and, like the Wheel of Fortune, has the key in changing the team’s fortunes. As a batsman he will be eager and positive. Like the Sun, he will manage to inject some energy into the innings.

Virender Sehwag is like the Four of Pentacles, accumulating runs at a steady pace. He will have trouble maintaining this balance.

Virat Kohli will not have the most successful day. He will find it tough to score runs, but he could make up for this with the ball.

Yuvraj Singh will have better control in his batting and like the King of Pentacles will score freely.

Ravichandran Ashwin will have a good day. With the Six of Cups appearing, he will put his skills and knowledge to good use and do well.

Zaheer Khan will be able to shift momentum for the team. Like the Chariot, he should be careful of being overly aggressive.