The Bangladesh camp is a dejected unit, and they need a big win to lift the spirits.

Bangladesh have had a poor run in the last few weeks and they seem very low on confidence. Nishad Pai Vaidya writes that although a victory may be difficult, they need a good performance against India and in the coming matches at the ICC World T20 2014.

All is not well in the Bangladesh camp. Following a poor outing at the Asia Cup, Mushfiqur Rahim faces the heat at the ICC World T20 2014. All the recent comments in the media prove that there is tension in the camp, absolutely which is something that is unwanted during a big event. This is doing no good to a side that has many youngsters with potentially bright futures. As they take on India, it is time Bangladesh get their act together and put in a performance to lift their spirits. A victory may seem far-fetched, but this Bangladesh side have stunned India in the past and ran them close on a few occasions.

“Bangladesh can only win if the opposition team have an off-day,” is what their star player Shakib Al Hasan told the media the other day. It is an indication of the morale in the side. Consider this: they came into the World T20 fairly confident although they had a poor Asia Cup. They had tough contests against Pakistan and Sri Lanka, giving them huge scares along the way. And later, they were quite clinical in the first two games. But then came the embarrassment against Hong Kong followed by another one against the West Indies.

One wonders how a team that is so talented often fails to live up to its capability? While someone like an Anamul Haque has been impressive, a lot of the duties lay on the shoulders of Tamim Iqbal and Shakib. These two are the men who lift the confidence of the side. And then there is Mushfiqur, who as captain, also said that some of his players are insecure about their spots. Yes, insecurity does breed some nervousness, but Bangladesh have had a stable batting line-up for some time. The Bangladesh Cricket Board (BCB) chief reportedly rubbished those reports.

A Bangladesh fan will be stunned by this inconsistency. As Anil Kumble, the former Indian cricketer wrote in his column the other day, that Bangladesh are not repaying the faith of their fans. One look at the Sher-e-Bangla National Stadium during a Bangladesh game would tell you about the passion for the game in the country despite the string of defeats. Time and again, they have put in encouraging performances, which promised to usher in change. Where has the promise of the 2007 World Cup gone or even the Asia Cup 2012? By pulling off the odd win, they aren’t doing any justice to their talent or their country. 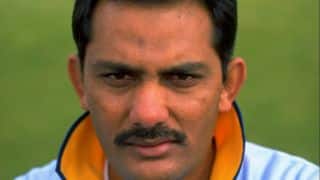