Netherlands start their campaign with a game against UAE.

The Netherlands come into the ICC World T20 2014 as one of its underdogs. They play in the qualifiers first to earn the right to get into the tournament proper or the Super 10s. They have to get past teams like UAE, Zimbabwe and Ireland from a tough Group B. Shrikant Shankar previews the team in Orange.

The ICC World T20 2014 will have a total of 10 teams in the tournament proper vying for the big prize in Bangladesh. Eight of those teams are already there and two will join them after the qualifying phase starting on March 16. There are two groups and a total of eight teams to qualify for the real thing. Group A has Bangladesh, Afghanistan, Hong Kong and Nepal. Clearly, everyone knows the stronger teams in that group — Bangladesh and Afghanistan will fight it out to top that group. Group B has United Arab Emirates (UAE), Zimbabwe, Ireland and the Netherlands. Amongst the two, this is the tougher group.

The Netherlands face a very difficult set of qualifying matches. They first take on UAE on March 17 at Sylhet. On paper, the Middle East team is weak. But one cannot take them for granted. Their second match is against Zimbabwe at the same venue on March 19. This will be a more difficult match as the African team is experienced in international tournaments and many of their players have played at the highest level. The Netherlands then face-off against Ireland on March 21. The Irish are probably the strongest amongst the qualifiers and are well-capable of upsetting the best of teams, so, the Netherlands will have their work cut out.

The team in Orange or the Oranje as their famous football counterparts are known will bring a lot of colour into the World T20. Some of their players play in the English County championship and other domestic competitions around the world. They are without Ryan ten Doeschate, by a distance their best player over the last few years. But they have a captain in Peter Borren who is experienced and someone who has played in the ICC World T20 2009, where they stunned hosts, England. They have a capable wicketkeeper batsman in Wesley Barresi as well. Australian export Tom Cooper is s steady middle-order batsman.

Logan van Beek is a player who can create history if he plays in the tournament against either Zimbabwe or Ireland. He was born and grew up in New Zealand and it is only recently that he has played for the Netherlands. But in general, the Netherlands squad has a lot of inexperienced players and most of them have not played in international tournaments. There is no question about the fact that cricket is not the main sport in their country. Football and field hockey are the most popular sports in the Netherlands and cricket is quite below on the pecking order.

As mentioned above, only one team can qualify from each group and the Netherlands face a very difficult task with some quality affiliate teams. But if they do make it to the main draw or the Super 10s, then more colour will be added in the fifth edition of the ICC World T20 2014. 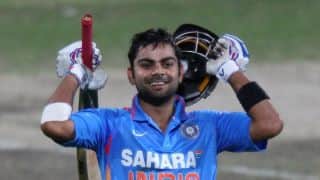