Here is the preview of the entire ICC World T20 Qualifier 2015.

Ireland and Scotland are all set to host the qualifiers for the ICC World T20 2016, starting from Thursday. 14 Associates and Affiliates members of International Cricket Council (ICC) will be fighting for six spots in next years mega event in India, during the course of this 18-day event. Here is Sandipan Banerjee’s preview of the entire tournament.

The development of Cricket in the Associates and and Affiliates nations took a huge hit, when ICC decided to restrict the next World Cup to a 10-team event. This decision is going to demoralise the cricket community of the these ‘step sons’ (They are treated like this) of Cricket. William Porterfield, the Ireland captain publicly admitted that. However, according to ICC, the future of game in these countries lies in T20 cricket and that’s why they have booked six slots for the Associates and and Affiliates members in the World T20.

The battle for qualifying for these six available slots starts from Thursday in Ireland and Scotland. 14 teams from all round the globe will look to outplay and outclass each other to book their tickets for India. Interestingly, this year ICC decided to reduce the number of teams in this event from 16 to 14.

There will be two groups of seven teams each. The top four teams from each group will advance to the playoff stage but the respective table-toppers during the round-robin group stage matches will receive immunity until the semi-finals, also a guaranteed slot in the main event in India. A total of 51 matches will be played in this entire qualifying tournament in Ireland and Scotland.

The teams and favourites:

Three times champion (Joint winner in 2008) of this event, Ireland are the clear favourites in this group. In terms of team combinations and strength, they are way ahead. Also they are playing at home, which is an added advantage. Their recent performance against Scotland, however, was a bit alarming. Their young batting line-up looked bit vulnerable during those games in Bready. But the comeback of Porterfield, Paul Stirling and Gary Wilson may solve their batting woes.

Apart from Ireland, Nepal, Hong Kong and Papua New Guinea (PNG) have a good change of doing well and advancing to the next stage.

Nepal made their debut in World T20 2014 in Bangladesh after finishing third in the last qualifier in UAE. But this time, conditions are different and they need to put up a better show. To prepare for this tournament, the Paras Khadka-led team played four T20 Internationals (T20Is) against Netherlands. They only managed to win one of those games. But that experience of playing at these European conditions will be handy for them during the main event. Talking exclusively with CricketCountry, Nepal skipper Khadka recently said Nepal will try hard to put up a good show in to heal some of the earthquake wounds of their fans back home. READ: Paras Khadka says a good performance by Nepal can heal some of the wounds

Hong Kong and PNG are coming off from good practice games in the United Kingdom. Both teams had a steady build-up and they have the ability to beat any one in this group, even Ireland.

For the rest three teams, champion Africa Qualifier, Namibia, runners-up in North America Qualifier USA and European representative Jersey, it will be a much tougher job. Though USA skipper Asad Ghous sounded quite optimistic about his team’s chances over here. READ: Muhammad Asad Ghous: USA cricket has always managed to pull through hard times

There will be a close competition for the top four spots from this Group. Co-hosts Scotland and Asian qualifier Afghanistan are the two stronger teams in this group. They are closely matched by Netherlands and Canada. Even on a given day, United Arab Emirates (UAE) and Kenya can be dangerous as well. Oman is the weakest team here. So apart from them all six teams have a chance to go to the next round.

In the tournament, Scotland will be the team to watch for. Since last year, the Scottish team have performed exceptionally. Though fell to win a single game in last 50-overs World Cup, but this team played out some memorable games, which could have gone either way. Even after the World Cup Scotland continued their rise. They have recently beaten the Irish team and coming into the tournament with confident one their side.

Second favourites, Afghanistan won this event back in 2010. They are the current runner-up and this time under new skipper, Asghar Stanikzai, the Afghans would look to go one step further. Their main worry will be the batting, which has traditionally struggled in windy and swinging conditions of Europe. On the other hand, their pace-trio of Hamid Hassan, Shapoor Zadran and Dawlat Zadran will be formidable on these helpful condition. This is certainly a bowling heavy team.

For Netherlands, this event is as good as a home event. They are quite familiar with these seaming conditions. Also the Netherlands side is coming off domination series against Nepal. Experienced Peter Borren-led team will be further boosted with inclusion of former South African cricketer Roelof van der Merwe.

UAE will be without their veteran Khurram Khan, which means the other experience cricketers like Shiaman Anwar, Amjad Ali, Mohammad Naveed etc. This team has potential, but the pitches in this part of the world won’t be too helpful for them.

Canada, the North American champions, have a tight schedule by having to play Scotland, Netherlands and Afghanistan on three consecutive days. They will also miss the services of mystery spinner Nikhil Dutta, who opted to play in Caribbean Premier League (CPL). So skipper Rizwan Cheema needs lead the team by example to put up an impressive show.

Like Canada, Kenya also have a tight schedule. It will be interesting to see how they will perform under captain Morris Ouma.

The Oman team is the new kid in the block. This will be a good experience for their cricketer.

The Duckworth-Lewis Factor (D/L Factor) is expected to play huge role in this tournament. Both Ireland and Scotland are experiencing rainfall for quite a few days and the warm-up games were affected. So expect few shorter games. 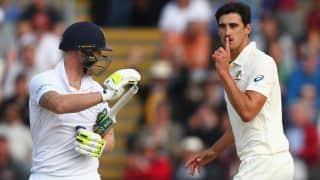