India A’s victory over South Africa A in the first unofficial Test is laudable. There were quite a few encouraging performances, but it would be a mistake to take them on face-value as they came on friendly batting surfaces. Abhijit Banare analyses India A’s performance. Cheteshwar Pujara is undoubtedly the new rock — a force on which the India A team rallies. His man of the match performance of 137 comes at the back of a successfully run in Test cricket © PTI

India A’s victory over South Africa A in the first unofficial Test is laudable. There were quite a few encouraging performances, but it would be a mistake to take them on face-value as they came on friendly batting surfaces. Abhijit Banare analyses India A’s performance.

The year 2013 has witnessed the Indian bowlers scripting victories for the team. Usually, one expects the batsmen to clinch games, but it is refreshing to see the bowlers rise to the occasion. The India A team has also seen a similar trend as the young pace attack comprising Ishwar Pandey, Shami Ahmed and Jaydev Unadkat bowled out South Africa A twice in as many days and set up an innings win  in the first unofficial Test.

The tour specially focuses on preparing certain players for the big tour later this year. The more senior players in the side had to reaffirm the faith of the selectors with a good performance. For the others, it is an experience that would hold them in good stead. Here are a few positives for India A from their victory in the first game:

Even though the Indians won’t be playing any Test matches till the South African tour, the nine-month gap between their last series against Australia and the next assignment won’t allow too many surprise selections in the squad. In that respect, the players likely to get the nod have done no harm to their reputation. Murali Vijay though has struggled to get going on this tour.

Cheteshwar Pujara is undoubtedly the new rock — a force on which the team relies. His man of the match performance of 137 comes at the back of a successfully run in Test cricket. This tour is more about adapting to the conditions and the team management would monitor the performance of each player. Suresh Raina and Rohit Sharma have done very well with their tons and it is a shot in the arm for their confidence levels.

On the bowling front, Pandey has also been in the spotlight. Defying the pressure on an A team debut, Pandey presented a solid performance — making a valuable contribution to the cause with seven wickets in the match. The fast bowling has surely been a bright spot for the team.

Let us be clear that India is experimenting with young talent. The India A team is in South Africa even as an under-23 team is playing at the ACC Emerging Teams Cup in Singapore. Later this month, another India A side with take on New Zealand A at Visakhapatnam. This is a good move by the management and it allows them to create a good talent pool for the future.

Victory is always a huge motivation and gives one the confidence to overcome bigger challenges. If the youngsters perform in an alien territory, it certainly boosts the individual morale.
Batting-friendly wickets not to be taken for granted

The dominance of the batsmen during the recently concluded tri-series and the only unofficial Test may surprise the cricket world. South African tracks are famous for having some juice for the pace bowlers, but the recent scorecards suggest the opposite.

Firstly, the pitches the Indians will tackle during the big series are unlikely to be as lifeless as the ones seen at Pretoria. The surfaces at Durban and Cape Town to name a few would be very challenging for the batsmen — particularly when they face Dale Steyn and company.

Not only that, but the weather conditions will also change when India fly to South Africa. The current winter leaves the pitches dry, but the Proteas will welcome the summer in December. Adapting to the conditions then would be the key factor for the senior team.

Duncan Fletcher’s presence during the ongoing A tour suggests that the team management is intent on preparing for the much awaited series. Thus, India A’s success is only a stepping stone towards building a confident team. This experience will not help India for their tour to South Africa, but also for the future. Over the years, touring South Africa has often ended in disappointment for sub-continental sides and India have a mammoth task. As mentioned earlier, the conditions may differ but the preparations have begun in the right earnest.

(Abhijit Banare is a reporter at CricketCountry. He is an avid quizzer and loves to analyse and dig out interesting facts which allows him to learn something new every day. Apart from cricket he also likes to keep a sharp eye on Indian politics, and can be followed onTwitter and blog) 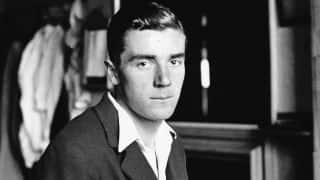 Doug Wright: The man with most First-Class hat-tricks