In lieu of the match, there was a 25-over contest where only spin and military-medium pace were allowed.

An India-Sri Lanka ODI was abandoned at Indore on December 25, 1997. Abhishek Mukherjee looks back at a day where an underprepared pitch led a match to be called off.

The three-match ODI series had started off in a bizarre fashion at Guwahati with Sri Lanka managing only 172 for 9, giving Robin Singh his career-best haul of 5 for 22; Sachin Tendulkar then guided India to a regulation victory with 7 wickets in hand and 43 balls to spare.

On arrival, the teams found a dustbowl waiting for them at Indore. The pitch was bone-dry, parched, and was a ghastly brown in colour. The Indian team management, obviously anguished, had a word with the groundsman Narendra Menon. Thus pressured, Menon and his men set about to trim, water, and roll out a second pitch.

While all this was going on, the Sri Lankans arrived at the ground; obviously Arjuna Ranatunga was not someone who would digest this. He complained to Ahmed Ebrahim, the match referee, that a separate pitch was being prepared without notice to assist the home team. Ebrahim instructed the first pitch be used, since creating a new pitch in the span of a day was simply impossible.

Both captains knew that spin would play a major role in the match: while Sri Lanka went in with two specialist seamers in Chaminda Vaas and Sajeewa de Silva, India retained Javagal Srinath but left out Debasis Mohanty from the playing XI at Guwahati. Hrishikesh Kanitkar, a young batting all-rounder from Maharashtra, was drafted in to make his debut.

Ranatunga won the toss on Christmas morning. He had no hesitation in batting first on what was sure to be a wicket that would disintegrate as the match would go on.

Srinath started proceedings, and when the ball pitched on the strip it, well, exploded. He was still warming up, but was still proving to be as dangerous as ever, getting seriously variable bounce: Nayan Mongia took one above his eyes and another close to his ankles. With unpredictable lateral movement to assist him as well, that first over was unplayable.

Sanath Jayasuriya had crossed over in the first ball of the match and Romesh Kaluwitharana, in an attempt to go for a reckless, ambitious drive, played one on. Roshan Mahanama quickly scampered for a single; the last ball took Jayasuriya’s hand and flew to first slip; Rajesh Chauhan, who was standing in that highly specialised position for some reason, grassed the chance.

It was evident that 120 or so would be a good score on the track. Despite the presence of his slow-medium pacers, Sourav Ganguly and Robin Singh, Tendulkar threw the ball to Chauhan. The first ball pitched outside off; it went almost through Mahanama; it went across Mongia, a wicketkeeper of supreme calibre against Indian spinners on dustbowls; it beat the outstretched left-hand of the hapless stumper; and raced through for four byes.

Even Chauhan, usually a massive turner of the cricket ball, could not believe what he was witnessing; ball after ball spun across batsmen, and Mongia found it exceedingly tough to gather them. Batting seemed to be on a gamble.

Srinath roared in. The first ball shot almost along the ground while the second took off from a good length. The batsmen had realised that playing back on that track would be equivalent to committing hara-kiri; as the batsman groped for the third ball on his front-foot it came at him ankle-high from a short length.

When the sixth ball eventually gave Mahanama a painful blow on his glove the umpires (Subroto Porel and Devendra Sharma) had realised that the situation was not funny anymore. Both batsmen expressed their feelings, and Ranatunga stepped on to the ground to have a word with Tendulkar.

The match that happened

Play was held up for an hour amidst vehement protests from the officials at Indore before Ebrahim announced that the match would be called off. They still had to contend with the crowd, though, as it had been a full house. Ranatunga and Tendulkar agreed to play a 25-over exhibition match on the adjacent pitch (which turned out to be more useful than the original one!).

The match conditions mentioned that only spin and military-medium would be eligible as bowling options. In a not-too-serious affair (Vaas played but neither batted nor bowled, Muttiah Muralitharan batted at No. 6, and Tendulkar and Mohammad Azharuddin were scheduled to bat at No. 10 and No. 11 and eventually did not bat) Sri Lanka won by 2 runs.

– Sri Lanka squared the series with a 5-wicket victory at Margao thanks to an explosive innings from Aravinda de Silva.

– After the match Ravi Shastri, one of the commentators, walked to the pitch and tried to fathom the softness of the pitch by softly poking at it with his shoe: he managed to bore a hole in the pitch.

– An Indore lawyer actually demanded the arrest of Tendulkar, Ranatunga, and Ebrahim on the grounds that they had deprived the spectators of their right to watch a match they had paid for.

– The organisers were heavily criticised by the media. Jayawant Lele, the Board Secretary, took a lot of flak: he responded with phrases like Ebrahim “should have waited for three more overs” and “batsmen can [also] get hurt on good pitches”.

– Kanitkar became the sixth Indian to have not bat, bowl, or take a catch on ODI debut. The group has members of whom Ajay Jadeja is the only one not to have taken field even once on his debut.

– The Nehru Stadium hosted only one more international match — the third ODI against Australia in 2000-01. The match is generally remembered as the one where Tendulkar became the first cricketer to cross the 10,000-run mark in ODIs.

Original match: Sri Lanka 17 for 1 in 3 overs drew with India. 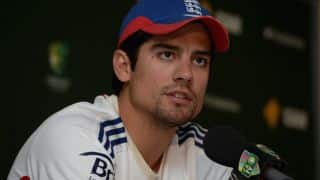 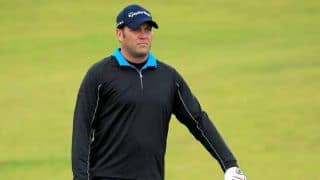