England must find some spinners to counter the Indian batting line-up.

Since the retirement of Graeme Swann during the Ashes 2013-14, England have failed to find that one specialist spinner who can take the pressure off their pace bowlers and also provide their bowling attack another dimension. As they prepare to take on a resurgent Indian side, the absence of a specialist spinner may hamper their performance, says Devarchit Varma.

The English cricket team is not in the right shape. Since their disastrous tour of Australia a few months ago, nothing has gone right for them. England have had a poor run in the recent past; they lost the Test, Twenty20 (T20) and One-Day International (ODI) series to Sri Lanka. Certainly, the team which was once considered as one of the best in international cricket, one that also held the top spot in ICC Test Rankings couple of seasons ago, is languishing on many fronts. The absence of a specialist spinner is one reason contributing to this, which has hampered them during the series against Sri Lanka. In fact, this is one department where they may continue to suffer.

When India had toured England last time in 2011, Graeme Swann was the only spinner from the two sides to have made a mark strongly in the four-match Test series. He played all matches and ended the series with 13 wickets to his credit. This wasn t the only series when Swann did well during the Ashes 2013 (played in England) the right-arm spinner was surprisingly the highest wicket-taker with as many as 26 scalps in five matches.

What Swann did for England repetitively, was that he created an impact. England have had a consistent pace bowling attack in the last couple of seasons, but at the same time the assistance that Swann provided to the English pacers must be noted. But that wasn t meant to continue forever, and as Swann called it a day to the utmost surprise of the fans and cricket fraternity England had no replacement in the pipeline.

The way English cricket has functioned in the last couple of seasons can easily become a case study. They attended to the smallest of issues, they were meticulous, they planned efficiently, executed the plans effectively. But why they failed to produce a quality, impact-creating spinner is something that is very surprising. What s even more baffling is the fact that England now tend to rely on the young guns such as Moeen Ali and Joe Root to fill in the huge void.

The negative effects are quite a few. There is not much support to the pacers in case the tracks they are bowling on are placid, like the ones seen during the series against Sri Lanka. The absence of a regular spinner also means that the pacers are bowling more than the usual, which certainly adds pressure and their workload. Moreover, with Swann gone, England need to develop spinners whom they can take while touring, especially the subcontinent.

While one may argue that the Indians are by-default excellent players of spin and they are not usually troubled by tweakers, England would certainly have benefitted with one regular spinner. Monty Panesar was huge hit in India and he certainly could have been considered. With the English pace bowling attack being nowhere close to what it was in 2011, a spinner could might as well have been given a shot. 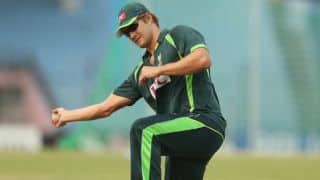