Statistical preview of 1st Test in Border-Gavaskar Trophy 2016-17 between India and Australia at Pune.

25th Test venue in India will be Maha/rashtra Cricket Association Stadium, Pune. The venue of first Test of Border-Gavaskar Trophy between India and Australia will also be the 4th new Test venue to be introduced in India since October 2016, after Holkar Cricket Stadium, Indore (introduced against New Zealand); Saurashtra Cricket Association Stadium, Rajkot; and Dr YS Rajasekhara Reddy ACA-VDCA Cricket Stadium, Visakhapatnam (both against England) .

3 wickets needed for Ravichandran Ashwin to become the highest wicket-taker in a home season. With 61 wickets in 2016-17, Ashwin is currently second spot in the list after Kapil Dev (63 in 1979-80). Moreover, if he takes 5 wickets, then he will break the Indian record of most wickets in a season, currently held by Anil Kumble (64 in 2004-05). The overall record of highest wickets in a season is of 78 in 2007-08 by Dale Steyn.

1 more win will help India equal their record of most consecutive Test wins 6. The previous instance came under MS Dhoni, between 2012-13 and 2013-14.

4 times India have crossed 700 in Tests. Another instance will put them at the top along with Sri Lanka (5). Australia and West Indies have also scored 700 on 4 occasions.

12 number of Border-Gavaskar Trophy series have been played between India and Australia. India have won 6 of them, Australia have 5 and one ended in draw. The only time Australia won this series in India was back in 2004-05. Since then, Australia played 10 Tests (across 3 series) but could not register a single win.

24 bilateral Test series have been played between these two teams, 13 of them were hosted by India and 11 by Australia. India have won 7 series out of 24, Australia 12 times and 5 ended in draws. All 7 series wins by India have come at home.

148 runs needed by Cheteshwar Pujara and Murali Vijay to become the first Indian pair to add 1,000 runs in a season. They will also go past the 961-run record between Dravid and Gautam Gambhir in 2008-09.

748 runs have been scored Kohli and Ajinkya Rahane as a pair in this season, the 2nd-most by any pair for the 4th wicket in a season after Michael Clarke and Ponting s 972 in 2011-12.

9 centuries for Vijay in Tests, all of which have come as an opener. Of Indian openers, only Sunil Gavaskar (33) and Virender Sehwag (22) have more Test hundreds, while Gambhir also has 9. One more take Vijay past Gambhir.

24 five-wicket hauls for Ashwin, the 3rd-most by any Indian bowler after Kumble (35) and Harbhajan Singh (25) and joint-11th overall. Two more will take him past Harbhajan.

7 ten-wicket hauls for Ashwin, 2nd-most by any Indian bowler after Kumble (8) and joint-5th overall. One more will put him at par with Kumble. Muttiah Muralitharan (22), Shane Warne (10), and Richard Hadlee (9) are the only others ahead of Ashwin.

13 wickets needed for Ashwin to complete 200 Test wickets at home. He will become the 4th Indian bowler to achieve this after Kumble (350), Harbhajan (265) and Kapil (219). Ashwin will become the 19th bowler overall and 6th spinner to reach the landmark.

1 more century for Kohli will make him stand at the 2nd spot in the list of most hundreds by Indian Test captains, after Gavaskar (11). Kohli currently has 9, and is tied with Mohammad Azharuddin at No. 2. Kohli s total of 16 centuries is also joint 8th-most among Indians with Sourav Ganguly. One more will make him go past Ganguly.

4 wickets needed for Ravindra Jadeja to complete 100 Test wickets at home. Jadeja will become the 11th Indian bowler to do so, 76th overall and 27th spinner to achieve this feat.

76 needed for Jadeja to complete 1,000 runs in Tests. He will become the 10th Indian to the 1,000-run-100-wicket double after Vinoo Mankad, Kapil, Ravi Shastri, Kumble, Javagal Srinath, Harbhajan, Zaheer Khan, Irfan Pathan and Ashwin. Overall, Jadeja will become the 63rd cricketer to achieve this double.

55 Tests missed by Abhinav Mukund since he last played for India. His played his last Test in 2011 against England. If Mukund gets to play he will become the 2nd Indian cricketer to miss more than 50 Tests, after Parthiv Patel (83).

3 more catches needed for Matthew Wade to touch the 50-catch mark as wicketkeeper. He will become the 12th Australian to do so.

2 uncapped players in the squad, one from each side: while Kuldeep Yadav is a Chinaman bowler, Mitchell Swepson bowls leg-breaks.

70 runs more and Steven Smith will to complete 1,000 runs against India. Similarly, David Warner needs 112 to reach the same landmark. Whosoever gets there first will become the 11th Australian to reach the landmark.

A win for either team will in the first Test not change their place in ICC Test rankings. India will remain No. 1 and Australia No. 2 irrespective of the result. 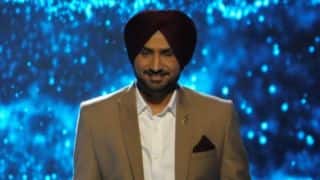 India vs Australia: This is a name-sake Australian team, says Harbhajan Singh 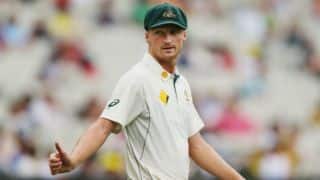