India's top order did wonderfully but their bowlers and lower order let them down more than once. Here is the report card of how each individual player performed in the ODI series against Australia.

India lost the five-match ODI series against Australia 1-4, with the solitary win coming in the final over of the fifth match. And yet, the series was a much more closely-fought contest than what one would think looking at the final score line. The top order did wonderfully for India but their bowlers and lower order let them down more than once. Here is the report card of how each individual player performed in the series. They are marked from 1 to 10 with 10 being sublime and 1 being abysmal, and arranged in descending order of marks. Full Cricket Scorecard: India vs Australia 2015-16, 5th ODI at Sydney

1. Rohit Sharma (9/10): Rohit was India’s leading run-scorer of the series by a long way. He hit two centuries and missed out on a third by a solitary run. Sadly neither of his centuries resulted in an Indian win, but his 99 in the fifth ODI at SCG did. With 441 runs at 110.25 and a strike rate of 101.61, Rohit was deservingly named Man of the Series. READ: Rohit Sharma becomes 1st Indian batsman to score over 400 runs in away bilateral ODI series

2. Virat Kohli (9/10): Rohit scored more runs, but Kohli was a tad more consistent. The only match India won was one in which Kohli was out early, but in the other four games he scored 91, 59, 117, and 106. His second century nearly resulted in a win, but for India’s inexplicable collapse at Canberra. Kohli finished with 381 runs at 76.2 and a strike rate of 99.21 with two tons and two fifties. READ: Virat Kohli and the art of the chase

3. Shikhar Dhawan (8/10): Given his terrible start to the series, the fact that Shikhar Dhawan finished on such a high says a lot about him. From looking completely out of sorts in the first two ODIs, he turned the table from the third match and ended up with 287 runs at 57.4 and a strike rate of 100.34 with a century and two fifties. His knock in the fifth ODI ensured India were up and running right from ball one.

4. Manish Pandey (8/10): He has played just four ODI matches and only batted three times, but Pandey is already looking like a sure-shot ODI prospect for India. Pandey impressed on ODI debut against Zimbabwe earlier in 2015. Coming in at 68 for 3, he and Kedar Jadhav rescued India from 82 for 4 to post 276, with Pandey scoring 71 off 86 balls. He did not get to bat at Perth and was out for 6 at Brisbane going for quick runs. At SCG he came in to bat with 197 runs still needed to win, and ended up scoring 104 of those. Much can be expected of Pandey in the future. READ: Manish Pandey seems to be India’s answer to a composed finisher in ODIs

5. Jasprit Bumrah (8/10): He only played one match, but Bumrah has already captured the imagination of a lot of experts. The 22-year old pacer bowled wonderful lines and ensured that none of the batsmen were able to go after him at SCG. He was deceptively quick and managed to land yorkers consistently. He conceded a mere 12 off his last two overs; given that India won with a mere two balls to spare that proved to be a crucial aspect of India’s win. He took 2 for 40 in 10 overs on debut, and India will hope this was just the first of many more such spells. READ: In Jasprit Bumrah India may have found a death bowler of some class

6. Ishant Sharma (7/10): Ishant was India’s leading wicket-taker of the series with nine scalps and also their best bowler on show. He bowled tight lines and was good even in the death. His overall economy rate of 6.25 says more about the flat pitches and good batting than anything else. Ishant finally seems to be growing as a pace bowler, certainly in Tests and now even in ODIs. READ: India vs Australia 2015-16 ODI series: Top 5 bowling spells

7. Ajinkya Rahane (7/10): Rahane was in decent nick in the series, scoring 141 runs in four matches at an average of 47 and an impressive strike rate of 102.17. He hit two fifties including an excellent 89, but unfortunately missed out on playing the fifth ODI. READ: India must look to the past in order to secure their future after shocking loss to Australia in 4th ODI at Canberra

8. Ravindra Jadeja (6/10): In a series that saw no help whatsoever for the spinners Jadeja managed to bowl fairly well, but took just three wickets. Jadeja’s economy rate of 5.35 was one of the best of the series, and second for India behind Bumrah. He did not do much with the bat but finished off averaging 45 at a strike rate of 107.14, though that does not accurately describe his batting in the series.

9. Umesh Yadav (5/10): If ever Umesh can bowl six consistently good balls in an over, he might be among the finest pace bowlers in the world. Unfortunately for India, he usually bowls four excellent balls sandwiched by two wayward ones that any batsman worth his salt will capitalise on. As a result Umesh finished with 7 wickets but also went for more than 7 runs per over. READ: India’s pace-bowling inconsistencies, as underlined in India vs Australia 2015-16 series, cause for great alarm

10. Ravichandran Ashwin (4/10): Why India’s best bowler played only two matches will remain a mystery, but it is true that Ashwin’s performances at Perth and Brisbane did not inspire much confidence. However, given that those are two of the least spin-friendly grounds in Australia, Ashwin did a reasonable job with two wickets, though he was expensive. Had he played at MCG India might have won the match.

11. Barinder Sran (4/10): Sran took 3 for 56 on debut but went wicketless in the next two matches. He came across as an impressive prospect, and adds some much-needed variety to India’s pace attack. One feels he can be a possible future prospect for India.

12. MS Dhoni (4/10): Dhoni gets only 4 marks out of 10 as much for his poor captaincy as his poor batting. From selection blunders to some questionable decisions, it seems that Dhoni is not the captain he was even a year ago. Admittedly his bowlers were not able to deliver, which complicated his life as captain, but that does not explain some of the decisions he made. With the bat, he only made 86 runs at 17.2, and strike rate of 111.68. However the big strike rate is largely due to one innings. By getting out for a duck at Canberra he started a slide that ended in India’s loss, and at SCG his 34 came at less than a run-a-ball. READ: India’s haplessness jeopardising the impending end of MS Dhoni’s career

13. Rishi Dhawan (4/10): Rishi is an all-rounder with tremendous potential in domestic cricket, but watching him at the international level did not inspire much confidence. He took a single wicket in three matches and went at 6.40 runs per over. He did nothing of note with the bat either, and actually played a terrible slog when singles would have won India the game at Canberra. READ: Mohammed Shami’s absence will significantly hurt India’s scope in Australia

14. Gurkeerat Singh (3/10): Much was expected of Gurkeerat with bat and in the field, but his performances did not seem up to the mark. He did not get too many chances to bat for long periods, but at Canberra when a mature mind could have guided India home he played an irresponsible shot. He did not bowl particularly well and his fielding was not as good as what he is capable of.

15. Bhuvneshwar Kumar (3/10): The time has come for the BCCI to hire the CBI to investigate what happened to Bhuvneshwar’s swing. The man who could once move the ball both ways at will is now struggling to bowl anything more than straight darts. Bhuvneshwar did not take a single wicket in the two matches he played and went for 6.52 runs per over. The injury he picked up may actually be a blessing in disguise for India.

The likes of Rohit Sharma, Virat Kohli, and Shikhar Dhawan batted wonderfully, while Manish Pandey, Ajinkya Rahane, Ishant Sharma, and Jasprit Bumrah too managed to give a good account of themselves. However, the overall bowling and middle-order batting left much to be desired. 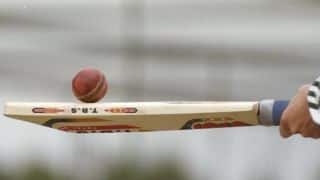 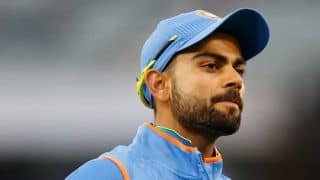