Yuvraj Singh and Ashsih Nehra returned to the T20I squad, with ICC World T20 2016 just around the corner.

India on Saturday announced the One-Day International (ODI) and T20 International (T20I) teams that will tour Australia early next year. India will play a five-match ODI series followed by three T20Is, starting January 12, 2016. India have included several new faces in the side. While some of have been in the fringes for some time, some others were unexpected call-ups. Players like Rishi Dhawan and Manish Pandey have performed well in the domestic circuit, and selectors have shown faith in them by giving them a call-up.  Yuvraj Singh and Ashish Nehra got selected in the T20I squad, while this is the maiden call-up for both Hardik Pandya and Brainder Sran. With so much experience exposure within the Indian team, Pramod Ananth wonders if the new faces will get a single game in Australia. READ: India announce squad for ODI series of Australia; MS Dhoni, Virat Kohli retain leadership positions

Rishi averages 180 with the bat in the 50-over format in 2015, having scored 360 runs from 11 matches for India A and Himachal Pradesh. He scored a match-winning 117 not out in the recent Vijay Hazare Trophy 2015-16 match against Madhya Pradesh to help his side reach the quarter-final.  He has also picked up 16 wickets at 31.43 with a best of 4 for 49. He will find it tough to break into the playing XI, as India have the likes of Ishant Sharma, Mohammed Shami and Umesh Yadav as the led pace bowlers. Rishi was also part of the India A side that played South Africa A, Australia A and Bangladesh A, and had a decent run. READ: Yuvraj Singh included in India’s T20I squad for Australia tour 2015-16

Pandey made an excellent 71 against Zimbabwe on ODI debut. He was part of a second-string Indian side to Zimbabwe earlier this year. With an average of over 50 in List A matches in 2015, Pandey’s inclusion in the Indian team does not come as much of a surprise. A calm, composed and technically sound middle-order batsman for Karnataka, he can stake a claim even in the first team if given chances. He has did well for India A under the tutelage of Rahul Dravid, including an unbeaten 108 against South Africa A. With Suresh Raina dropped from the ODI side, Pandey may get a chance in the middle-order. READ: Ravindra Jadeja makes comeback to India ODI squad for tour of Australia

Gurkeerat Singh has been part of the Indian dressing room for a while now. He was picked in the Indian squad for the ODI and Test series against South Africa. Although he did not get a single game, he would have learnt a lot being alongside players like MS Dhoni, Virat Kohli and others. A genuine all-rounder, Gurkeerat celebrated his inclusion in the Indian squad against South Africa with a superb double-century in the Ranji Trophy. Gurkeerat has scored in 30s and 40s consistently this year, and can chip in with a few wickets. He has scored 362 runs and has 8 wickets to his name this year. With Ravindra Jadeja making his comeback in limited-overs as well, it looks difficult for Gurkeerat to break into the side as an all-rounder. READ: Yuvraj Singh has always been a very special player for India, says father Yograj

The biggest surprises are perhaps the inclusions of Hardik Pandya in the T20I squad and Brainder Sran in the ODI side. Sran has had an average season for Punjab in Vijay Hazare Trophy 2015-16. He has two three-wicket hauls, but has not been up to the mark. Having said that, there is no doubt that he is a genuine wicket-taker and even if he goes for runs, he will pick up wickets for his side.

Pandya, on the other side, is another all-rounder with a bright future. He is often called to bowl as first or second change and his medium-pacers can be effective. A highest score of 30 and just 5 wickets from 6 matches in the Vijay Hazare Trophy this season do not justify his selection. Even his performance in the Indian Premier League (IPL) with Mumbai Indians does not invoke much confidence. READ: Manish Pandey: Hope to perform in Australia vs India 2015-16 ODI series to stake claim for ICC World T20 2016

With ICC World T20 2016 around the corner, Team India must look to experiment with new players and give them extended runs to see what they are capable of. It was a welcome move to see Raina dropped from the ODI team; this may be the best opportunity to include Gurkeerat or Pandey in his place, thus rewarding them for their excellent show in the domestic season. 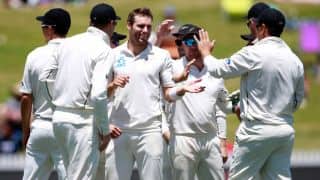 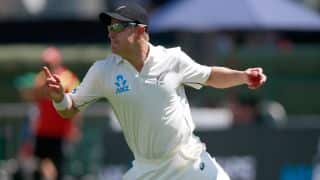