With the wicket of Australia’s Nathan Lyon on day four in Perth, Mohammed Shami has surpassed the mark of most wickets by an Indian bowler in away Tests during a calendar year. Shami ended the home team’s second innings on Monday with figures of 6/56, which took him past Anil Kumble’s previous record of 41 wickets in away Tests set in 2006.

India need 287 runs to beat Australia in Perth and claim an unassailable 2-0 lead in the four-Test series.

This is Shami’s second overseas five-wicket haul in 2018, after he claimed a match-winning 5/28 against South Africa in Johannesburg burg in January. His 42 wickets have come at an average of 27.07 apiece and a strike-rate of 48.06, from ten Tests.

When Lyon sliced him to the fielder running in from deep point, Shami had his 42nd wicket for the year and career-best figures of 6/41.

Shami took 15 wickets in three Tests in South Africa, 16 in five in England, two in one Test versus West Indies at home and now 11 in two Tests in Australia.

Former India captain Kumble claimed 41 wickets in nine overseas Tests in 2006, with a best of 6/78 an and average of 35.17 and strike-rate of 63.3. That haul of six wickets against West Indies at Kingston was his only bag of five or more that year.

No other Indian bowler has reached 40 wickets in a calendar year when playing overseas. Erapalli Prasanna took 39 in six Tests in 1968 and Shami’s team-mate Jasprit Bumrah has also taken 39 in eight Tests this year, having made his debut in South Africa in January.

India have one Test this year – the Boxing Day Test at the MCG from December 26. 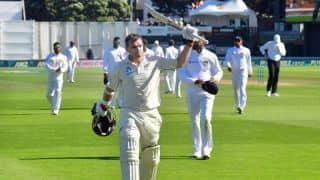 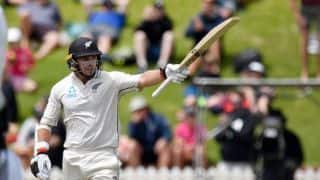