In comparison to Kohli's 6331 Test runs, Australia's top four has 4718 with Marcus Harris yet to debut.

Fact: the combined experience of Australia s top four batsmen for the first Test against India at Adelaide Oval from Thursday is less than that of Virat Kohli.

Kohli, who turned 30 last month, is India s second most-capped player of the current squad after Ishant Sharma with 87. In 73 Tests, Kohli has amassed 6331 runs at 54.57 with 24 hundreds and nine fifties.

ALSO READ: Numbers reveal how huge a loss Smith and Warner are

Now cast an eye on Australia s XI for the Adelaide Test: the uncapped Victoria batsman Marcus Harris will make his debut, his opening partner Aaron Finch will play his third Test, the fit-again Usman Khawaja will bat at No 3, where he has played the majority of his 35 Tests, followed by 34-match veteran Shaun Marsh at four.

That is a total of 71 matches between them, two fewer than Kohli.

Slotted in at No 5 is the recalled Peter Handscomb, who played the last of his 13 Tests in April. After him is the two-Test-old Travis Head at five followed by skipper Tim Paine who has played 15 Tests.

That means that five of Australia s seven batsmen have played a combined 32 Test matches while Khawaja and Marsh have played 35 and 34 respectively.

This is undoubtedly one of the least experienced Australian batting lineup in ages, one already weakened by the absence of the banned Steve Smith, David Warner and Cameron Bancroft. 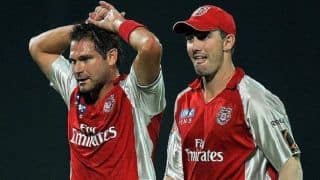 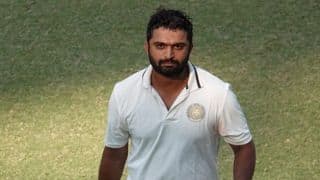