Virat Kohli said India are almost certain about their World Cup XI after the series loss.

After the highs of winning their first ever Test series in Australia, sharing the spoils in the T20s preceding the Tests and winning the ODI series thereafter, winning the subsequent ODI series in New Zealand, India returned home to take on Australia in a series of two T20Is and five ODI games. They were humbled in the T20Is, began the ODIs in dominant fashion, but frittered away their 2-0 lead to lose the series 2-3.

In the build-up to the 2019 ICC Cricket World Cup, India sought better results, especially in home conditions, but the series defeat may have shaken them up before a lengthy gap from international cricket during which members of the team will turn out for their franchises in the Indian Premier League beginning March 23.

If one were to measure up India s past record in England in recent years, their runners-up finish at the 2017 ICC Champions Trophy was a virtually perfect run for Virat Kohli s men until it all unraveled itself in the final against Pakistan. (READ: India concede series in pursuit of fringe benefits)

The fulcrum of that group hasn t changed all that much over the last two years, but the replacements that have stepped in for those who played on that occasion have had a few question marks over themselves in the run-up to the limited-overs showpiece event.

Going by the results in the series defeat to Australia, and Kohli s assertion shortly after that the group will largely remain unchanged in England, here are some of the takeaways that India can look ahead to before taking on South Africa in their tournament opener on June 5:

Rohit Sharma and Shikhar Dhawan took their opening partnership to new heights with their 193-run stand in the fourth ODI in Mohali, becoming the second most successful opening pair for India of all time. The numbers are staggering, but in the series, India lost their first wicket inside the first five overs on four occasions. Despite Dhawan s career-best 143 in the fourth ODI, the left-hander s returns have been less than impressive, while Rohit fared better across the series with two half-centuries and a 37. Despite a third opening batsman in waiting, the two are likely to retain their places in England.

The see-sawing ODI series saw India experiment a fair bit with their middle order, in the hope of nailing down the No. 4 batting slot that has been a bane for them in recent months. Since the 2017 Champions Trophy, where Yuvraj Singh had taken up that position, Ambati Rayudu has been given an extended run, who hasn t quite nailed his place down except for a couple of bright knocks, including the 90 against New Zealand in the final ODI.

There have been some calls for Kohli to drop down to No. 4, and include KL Rahul at three, but having your best batsman bat out of his position is ludicrous ahead of a World Cup. India faced similar confusions in the World Cups of 1999 and 2003 with the position of Sachin Tendulkar, and we all know how those campaigns ended. Vijay Shankar has been tried at No. 4, as was Rishabh Pant in the final ODI, even Dinesh Karthik has been given a run at the spot, but no one has owned up to it just yet. Expect this to take up a few hours of airtime in the lead-up to the event.

Okay, not quite a conundrum, as MS Dhoni remains the top dog in the wicketkeeper-batsman s slot, right up until he decides to hang up his boots, which may be the World Cup. Pant has risen up the ranks, especially in Test cricket to edge ahead of the rest of the group, but his lack of finishing skills quite literally with both bat as well as gloves mean he may well be the understudy yet again in England. His eagerness to effect stumpings la Dhoni made him miss opportunities, while he needs to grow into a more patient finisher.

That Jasprit Bumrah is ranked No. 1 in the ICC ODI rankings for bowlers is testimony to how India have bowled as a group in recent months, excellently backed up by the metronomic Bhuvneshwar Kumar and the tireless Mohammed Shami. The three fast bowlers combined to take 16 wickets in the series and were ably supported by Kuldeep Yadav and Ravindra Jadeja, even though there remains a question over how India manage the middle overs, as they weren t able to keep a check on Australia s scoring, particularly in their monumental chase of 359 in the fourth ODI.

Shankar held his nerve to bowl India to victory in the second ODI, but the part-timer s overs have been a worry for India for sometime, with Kedar Jadhav the only batsman capable of turning his arm over. Well, just about.

With Hardik Pandya likely to nail down a spot in the squad of 15 in England, it remains to be seen the four fringe players India will opt for going into the World Cup. Except for Shankar s consistent performances, none of the other contenders appeared to have stepped up when given the opportunity, which led Kohli to make the bold statement of having more or less decided on the XI that will likely face South Africa in their World Cup opener.

Given the seam-friendly conditions, especially with the World Cup scheduled for an early English summer, India would do well to take both their budding all-round talents, but one of the spin bowling talents may face the axe as a result. Like that final two years ago against Pakistan, India faced another collapse against Australia in the final ODI in Delhi too, and would be praying their No. 4 hopefuls come up with solid performances in the IPL before they take the field at the Rose Bowl on June 5. 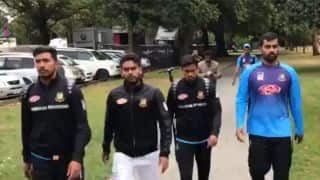 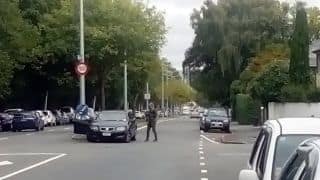