The roar of the Lyon emanates from more than just the right pace on the ball.

MELBOURNE: He doesn’t have a square-turning magic ball which pitches well outside off on an undisturbed surface, and goes on to hit leg.

He doesn’t employ the carrom ball or the doosra that embarrass batsmen and tie them up in knots.

He doesn’t claim to be a master of mystery with at least eight variations.

But he does have 334 Test wickets from 82 matches, is statistically and otherwise Australia’s finest offspinner, and is a proven match-winner in all conditions.

ALSO READ: Jadeja not as effective as Lyon

They have called him GOAT ever since he went past Hugh Trumble’s pre-existing mark of 141 wickets, the most by an Australian offspinner. It’s an acronym that sits lightly on Nathan Lyon, the unassuming 31-year-old with the heart of his surname and a command over his seemingly straightforward craft that has allowed him to court success all over the globe.

In a pace-dominated attack, Lyon doesn’t just provide novelty value. He isn’t employed in a holding job – something India haven’t been averse to doing even on a well-worn final-day deck with R Ashwin, who himself has a whopping 342 victims from 65 Tests – or to hasten up the over-rate. Lyon is an attacking option who has supreme control over his fingers, and therefore his line and his length enable him to create doubts where none should exist.

On the face of it, there is no reason why Lyon should boast the remarkable numbers he does – he averages 4.1 wickets per Test, 31.60 runs per victim, and picks up a scalp every 10.2 overs. He is metronomic in his accuracy, but, of course, there is more to Lyon than just a steady bowler who keeps plugging away and feasts on batsmen making mistakes.

It’s in his subtlety that lies the secret to Lyon’s success. He is very quick to work out what pace works best on which surface, and his use of the width as well as the depth of the crease are impeccable. His line, especially to right-handers, has become increasingly exemplary with time. Early in his career, he dismissed right-hand batsmen mainly on the leg-side, but with time and maturity, he has slipped into an outside off channel that brings so many more wicket-taking modes into play.

Because of his compelling line that forces batsmen to play more often than they can afford to leave, Lyon instils little pockets of doubt at a time that germinate into giant gremlins. They are therefore compelled to play at deliveries they might otherwise leave, because they aren’t sure if the ball will go on straight with the arm, or break back on pitching. And because he has had the luxury of playing in teams with invariably one left-arm quick, there are footmarks for him to exploit, which he does with deadly consequences.

Blessed with a classical, high-arm action and a fluid, easy run-up to the crease, Lyon’s record in Australia, which historically hasn’t been kind to finger spinners, is remarkable. In admittedly familiar conditions, he has 155 wickets in 39 Tests, his average of 32.27 not too far removed from his career average, his economy (3.00) superior to his overall figures and his strike-rate (10.4) fairly similar to the number of overs he has taken throughout his career for a wicket.

While the footmarks created by the Mitchells, Johnson and Starc, have been his allies as the game has gone deep into days four and five, he exploits the bounce courtesy considerable doses of over-spin to challenge even accomplished players. Traditionally, India’s batsmen are hailed as amongst the best batsmen of spin, even if the stocks of the current squad have dipped significantly because they don’t play much domestic cricket, and therefore are gradually losing the art of dominating spin even on square turners like previous generations used to do. Yet, Lyon has a veritable stranglehold against the Indians; in all, he has 80 wickets in 16 matches, his strike-rate an ultra-impressive 55 balls per wicket.

In Australia alone, Lyon has 46 wickets in nine Tests against India, bolstered by four five-wicket hauls and a 10-for in Adelaide in 2014, when he took 12 for 286 to bowl the hosts home even as the visitors bizarrely left out Ashwin and plumped for the untested, and unflattering, leg-spin of Karn Sharma. In this series, Lyon has 16 wickets from two games. He followed up a burst of six for 122 in the second innings in Adelaide with five for 67 in the first in Perth, giving him a record-equalling seventh five-for against India. It took Muttiah Muralitharan 22 Tests to achieve that feat, Lyon has gotten there four matches quicker, although it is worth pointing out that the Sri Lankan great had only one five-wicket haul in his last six Tests against India.

Having been at the receiving end of many a Lyon-induced bashing, Virat Kohli and his men have showcased their game plans to throw him off his rhythm. In Adelaide, Cheteshwar Pujara repeatedly skipped down the track, especially in the second innings, to kick the ball away and make sure that Lyon doesn’t get as much purchase off the surface as he would if he kept landing the ball in the rough. Rohit Sharma and Ajinkya Rahane sought to brazen it out by taking the fight to the wily offspinner. And Kohli himself has been excellent in defence, particularly. Yet, Lyon has dismissed Kohli and Rahane twice each in four innings, got rid of Rohit in both digs of the latter’s only appearance, and cleaned up Rishabh Pant four times of four. The drawing board has clearly not throw up adequate answers.

“It was just the pace on the ball that Lyon bowled that he got the wickets that he got,” Kohli said after Australia had won their first Test in seven attempts, by 146 runs, to square the series in Perth. Wasn’t quite as simple as that, of course. The roar of the Lyon emanates from more than just the right pace on the ball. 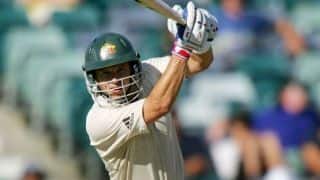 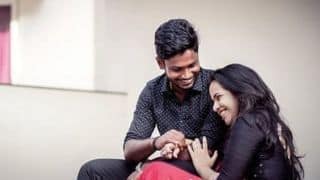