Manjrekar opined that India could go in with Mayank Agarwal and Murali Vijay as openers in the next Test at Melbourne commencing on December 26.

Mumbai: Former India batsman Sanjay Manjrekar feels India made a mistake in not including a front- line spinner in the second Test that Australia won on Tuesday at Perth to square the four-match series 1-1. He said the team management should take the blame for selections which have “back-fired.

“(Australian spinner) Nathon Lyon is a great bowler, so we can’t assume that a Ravindra Jadeja would have been as effective as him.

“But India, I think, made an error in going with four seamers, specially with Umesh Yadav and not Bhuvneshwar Kumar,” Manjrekar, an expert with official broadcaster Sony Pictures Networks, told PTI.

“If there was one spinner (in the team) there’s always cracks and roughs, especially with left-handed batsmen in the opposition, to exploit. Jadeja could have been of more use than the fourth seamer”, he said.

“So, it was a selection error that may have also contributed to India eventually losing the match,” explained the 53-year-old batsman-turned-commentator.

India crumbled in the face of Australia’s remarkable turnaround and crashed to a 146-run defeat in the second Test of the four-game rubber to squander the 1-0 lead gained in the series opener at Adelaide.

The hosts levelled the four-match series after India were bowled out for 140 runs in 56 overs in their second innings on the fifth and final day.

Lyon finished the match with eight wickets, including a five-for in the first innings, and was adjudged the Man-of- the-Match.

As per experts, India had committed selection errors in the past, following which the team lost. “You don’t lose because of one factor and you can’t say that we lost because of poor selection. But you can say that there have been selections which have taken the world by surprise, not just a few people.

ALSO READ: India have now got much more problems than Australia after Perth defeat: Ricky Ponting

“These are selections which are unexpected and eventually have proved to be wrong selections. The team management will have to take responsibility for those selections that have back-fired,” Manjrekar remarked.

He opined that India could go in with Mayank Agarwal and Murali Vijay as openers in the next Test at Melbourne commencing on December 26.

At the same time, he also remarked that if the team did not want to put pressure on Agarwal, then Hanuma Vihari was an option to launch the innings.

“These are Australian conditions. Vihari, when you see him bat, you get an impression that this is a guy, who has a good technique.

“His scoring shots are straight in front of the wicket and he seems calm temperamentally. He is clearly a batsman who has the game to bat at (number) 1, 2 and 3. So the sense is there having Vihari bat at the top of the order,” he said.

The former right-handed middle order batsman said the team should not have high expectations from Agarwal, who opens for Karnataka.

“Even if you play Mayank Agarwal, we should not have high expectations because it is extremely tough for an Indian batsman to straightaway go into a Test match on an Australian pitch, especially at the top of the order, where the Kookaburra ball does a lot.

“So, if India does not want to take that risk and put undue pressure on Agarwal, then Vihari is an option (to open the innings). But I will personally still go with Mayank Agarwal and Murali Vijay,” he said.

Young Mumbai opening batsman Prithvi Shaw, who sustained an injury while fielding in the practice game prior to the series opener, was Monday ruled out of the entire series.

The selectors have named Agarwal as his replacement for the remainder of the Test series along with the fit-again all-rounder Hardik Pandya. 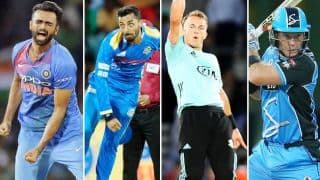 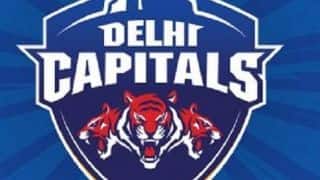