India have been heavily reliant on Virat Kohli’s runs whenever they chase big scores.

Wayward bowling:  Indian bowling seemed to posses no risk to Australian batsmen throughout the the quota of 50 overs. Indian bowlers continued to bowl short and erratic lines and gifted easy runs to the Australian batsmen. Umesh Yadav was the only bowler who looked good with the ball as he sprayed in quick deliveries and often caught the batsmen in the web of pace and bounce. The bowling attack never gave signs of a fresh and a revamped unit. ICC Cricket World Cup 2015: POINTS TABLE

Virat Kohli’s early departure: India have been heavily reliant on Virat Kohli’s runs whenever they chase big scores. This time around, Kohli came in with a positive frame of mind. Kohli played some trademark shots. He played a cover drive, an alluring straight drive but moments later he was dismissed by Starc playing an awkward shot. It ended an innings which was spread over 18 balls and three boundaries and concluded with demise. ICC Cricket World Cup 2015: Complete Coverage

Early wicket of Rohit Sharma: India’s opening partnership has always been talking point. It was Shikhar Dhawan’s poor form which gave away India the early advantage but this time around, Rohit Sharma surrendered his wicket to half-tracker bowled by Josh Hazlewood. Rohit, who tried to cut the ball half-heartedly caved it into the hands of Aaron Finch in the slip cordon. ICC Cricket World Cup 2015: SCHEDULE & MATCH DETAILS

Australia’s sharp fielding:  Australia put up an inspired fielding effort as they managed to send Indian batsmen back due to neat show in the field. Suresh Raina who came in at No. 5 was dismissed as Ambati Rayudu tried to sneak in a quick single after tapping the ball towards the off-side. An aware and acrobatic David Warner rushed towards the ball and rolled it towards the wicket and Raina was caught short of his crease. Mitchell Starc also took an excellent catch at the near the boundary rope to sent back MS Dhoni.

Middle-order batsmen fail to utilise Rahane, Dhawan’s 104-run partnership: Both Ajinkya Rahane and Shikhar Dhawan carried on after India were reduced to 53 for two. They went to score individual half-centuries and gave direction to the Indian innings. But both the set batsmen were dismissed in a matter of five overs leaving India in an awkward position. The dismissal of Dhoni and Raina also added to the chaos. 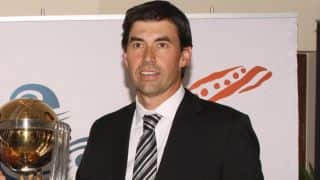 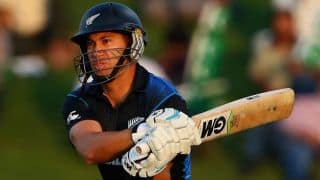