The Indian batsmen have been in outstanding form in tough conditions which makes them a threatening proposition for Bangladesh.

Bangladesh will be going against high-spirited India in the final of first Asia Cup T20 2016 on 6th March at Mirpur, Dhaka. The former underdogs have thus reached the Asia Cup final for the second time. It’s been a fairytale reaching the final stage of the tournament with support of familiar conditions and enthusiastic crowds uplifting their spirits. Bangladeshi bowlers will need to start well and hold onto their nerves in final overs of the game against India with exception. They will need to do their homework with extra zest, because India’s batting line up looks more destructive than ever with enough firepower to take down Bangladesh’s bowlers with a blaze. FULL CRICKET SCORECARD: India vs Bangladesh, Asia Cup T20 2016 Final at Dhaka

The last occasion Bangladesh faced India, their bowlers looked impressive in first half of the innings, hitting the right areas, restricting boundaries. Then Rohit started decimating everyone cashing in on a chance after being dropped on 21 by Shakib-Al-Hasan. After that hell broke loose when Rohit started smashing the ball all over the ground and Hardik Pandya chipping in with a crucial cameo. The bowlers did everything spot on keeping quiet big guns Kohli, Raina, Yuvraj and almost having Rohit sent back to the dugout early. In the final overs they leaked runs, bowling bad deliveries constantly, resulting in India posting an above par score on a tough batting track. ALSO READ: Mashrafe Mortaza wants hosts to remain focused ahead of final

Bangladesh have been impressive with ball throughout the tournament. Seam bowlers picking up wickets in the powerplay and spinners playing a supporting role blocking the flow of runs in middle overs, restricting them before the situation gets out of hand. Al-amin Hossain has been a regular wicket-taker in the ongoing tournament removing batsman whenever captain asks him to bowling a perfect line length in the powerplays. Taskin Ahmed has posed problems for India since his debut match, using him judiciously in start and end of the innings would be crucial in  deciding Bangladesh’s fate in the final. Mashrafe Mortaza needs to keep bowling in the right areas as he is impressing everyone with his smart captaincy skills. They need to follow the game plan they used in the last match to get past India’s firewall, but with better precision. Shakib Al Hasan is been impressive with the ball, giving no room to the batsman to get underneath the ball and hit out of the fence and Mahmudullah chipping in supporting the bowling line up.

But the main reason of concern for them is that Yuvraj Singh is back in form and hitting the ball effortlessly with impeccable timing. The only way they can restrict him is by spin bowling by Shakib Al Hasan and Mahmudullah or a stupid mistake from Yuvraj himself. Kohli is continuing his epic form and with Suresh Raina, Shikhar Dhawan, Hardik Pandya and finisher Dhoni in the side chipping in; this match is going to be one extremely challenging as the home team look to create history. Although, they will not be holding back, looking to claim the title for the first time and rewrite history, they need exceptional bowling and captaincy from Mortaza. 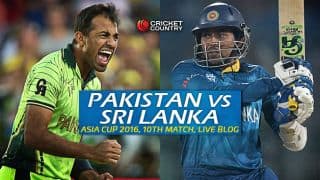