Gary Wilson is positive in his approach, aggressive on the field of play and straightforward in chats.

Gary Wilson has been a part of the Ireland team for around eight years and has become a crucial asset for them. The wicketkeeper-batsman bats at the No. 6 position, where he is a finisher. Nishad Pai Vaidya caught up with him in Hamilton ahead of the ICC Cricket World Cup 2015 clash against India.

Gary Wilson, the wicketkeeper-batsman, embodies the Irish cricketing spirit. The 29-year-old is positive in his approach, aggressive on the field of play and straightforward in chats. Ahead of the ICC Cricket World Cup 2015 game against India at Hamilton, Wilson was upbeat along with his teammates. When asked about the mood in the camp, he says, “Yes, we always are (positive). We’ve got good players, and have a good chance of qualifying for the quarter-finals. Obviously, we need one win from the two games and we’d be looking to go into the game tomorrow to get that win.”

Ireland have three victories out of four matches at ICC Cricket World Cup 2015 so far and need one more to confirm their passage through to the quarter-final. It will be no easy task as they face India and Pakistan in their last two league games. However, Ireland have been reputed giant-killers, having beaten a Test nation in each of their World Cup appearances.

Wilson had walked into the Ireland dressing room after that victory against Pakistan on St Patrick’s Day in Jamaica in 2007. “The face of Irish cricket changed when we beat Pakistan in 2007. We had a number of good games and have dominated the teams that have been ranked below 10 in the world. That has been good,” he says.

However, Wilson is also mindful of the way ahead and stressed on the need for more games outside World Cups. “We’ve had a number of good victories against the higher ranked teams as well. We’ve got to continue to do the right things, keep performing well and get games outside of World Cups and move forward,” he says. Ireland normally get a game each year when a side tours England. However, these sporadic appearances against the big sides are not going to help. They need big games often to ensure they have a smooth growth in the coming years.

Like most of his teammates, Wilson has been a regular in county cricket. In 2014, he also captained the team at The Oval. Growing up, he was a Surrey supporter and had dreamt of playing for them. Dreams do come true if you chase them! “(Being at Surrey) has helped me a lot. I’ve been there since 2007 and the facilities there are amazing. We’ve had some great coaches, none more so than Graham Ford and Alec Stewart. I grew up supporting Surrey as well. So, it was a dream come true when I got a contract there,” he says.

Wilson has had the opportunity to rub shoulders with some big names in cricket. Hashim Amla, Graeme Smith and Ricky Ponting have been in the Surrey dressing room at various points. “We’ve had a number of good players over the last couple of years. We’ve had Hashim Amla, Ricky Ponting and Graeme Smith as well — three greats from the modern era. We’ve had a good opportunity, everyone at the club, not just young players. It has been a good opportunity to see them go about their stuff, pick their brains about how they go about their cricket,” Wilson says.

Being a wicketkeeper-batsman can be a demanding role, but Wilson enjoys the challenge for it gives him more opportunities to perform. “I enjoy the fact that I have got two facets to my game. It gives me a chance as if one doesn’t go well, I can perform in the other. It keeps me involved and I am loving the opportunity to keep wickets,” Wilson explains.

As a wicketkeeper, Wilson has to communicate with bowlers and also keep an eye on the field. Wilson says, “A wicketkeeper’s role is important to ensure that the bowler is right on the money every time he has any questions. Each bowler knows what he wants to do, so unless it is glaringly obvious, you leave it up to him. We try and get the angles right and you try to help the captain as well, as he has got his own things to worry about.”

The rules in one-day cricket may have changed, with an extra fielder allowed in the ring. While it puts pressure on the bowlers, Wilson believes that the batting strategy has not changed much, “I don’t think it has changed too much from a mindset point of view. With the extra man in, you need to get yourself in. When you get in, you need to score quicker.”

As India play Ireland at Seddon Park, Hamilton, the batsmen will have a large say in the game. Given the short boundaries and the flat wicket, runs would be on offer. Although all eyes would be on the strong Indian batting line-up, the Irish also have a dangerous presence. Wilson is one of the batsmen who can make an impact on the game and would be looking forward to help his side make history. 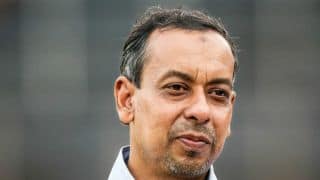 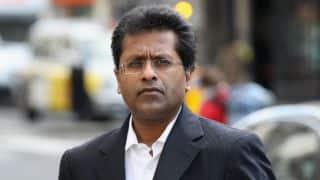