India have won the only T20I played at Rajkot.

1 T20 International played at Saurashtra Cricket Association Stadium, Rajkot till date. It was a high-scoring match: though Australia had put up 201 for 7, India chased it down with 2 balls to spare. Interestingly, India s score that day (202) was exactly the same as their score at Delhi in the first T20I of the ongoing series.

12 runs needed by Virat Kohli to become the 2nd-highest scorer in T20I history. Kohli will go past Tillakaratne Dilshan (1,889). Brendon McCullum (2,140) is still some distance away.

80 runs needed by Martin Guptill to become the 2nd-highest scorer in T20I history. Other than McCullum, Dilshan, Kohli (1,878), Shoaib Malik (1,821) are ahead of Guptill.

28 runs needed by Rohit Sharma to become the 2nd Indian to reach 1,500 T20I runs. Kohli was obviously the first.

5 wickets for Ish Sodhi in India-New Zealand encounters, the most from either side in the current squads. Daniel Vettori (6) has most wickets in matches between these countries, so Sodhi has a reasonable chance to go past him. Mitchell Santner has 4 wickets. However, no one in the current Indian squad has more than 2 wickets against New Zealand.

4 wickets needed by Tim Southee to reach the 50-wicket mark. He will become the 2nd New Zealander to do so, after Nathan McCullum (58 wickets).

4 wickets needed by Yuzvendra Chahal (14) to become the highest wicket-taker this year. The list is headed by Rashid Khan and Kesrick Williams (17 each). Jasprit Bumrah has 10 wickets. Sodhi (7) leads the list for New Zealand.

0.2 India s win-loss ratio against New Zealand (1 win, 5 defeats), their worst against any country. Even if they win here it will improve to 0.4, which will be their joint-worst. India also have won 2 and lost 5 against West Indies. 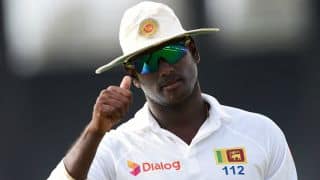