Mitchell Santner will be one player on whom New Zealand will pin their hopes to rescue them from precarious situations in India.

We are just over a week away from the first match of the three-Test series between India and New Zealand at Kanpur. The visitors have arrived and will play a warm-up match prior to the start of the series. Kane Williamson’s side may not be a very tough outfit but they certainly have some promising talents who will be itching to embark on their first assignment in the subcontinent and make an instant mark. Mitchell Santner will be one such player on whom New Zealand will pin their hopes to rescue them from precarious situations and justify the glimpse of his already witnessed talent in a short career. FULL CRICKET SCORECARD: India vs New Zealand, 1st Test at Green Park Stadium, Kanpur

An heartening start to the career: Santner made his debut in New Zealand’s tour of England in 2015. Santner did not play any Test but featured in the One-Day Internationals (ODIs).  In a high scoring series, Santner was able to pick seven scalps at 32.85 and show his prowess with the willow by playing some vital cameos filled with lusty blows. Making debut in an important series is not easy. Any player can get bogged down by this fact but Santner showed no signs of anxiety. With England showing their aggressive intent in ODIs for the first time, an inexperienced Santner used his variations to good effect. He was not afraid of leaking runs but stuck to the plan of getting breakthroughs.

Santner’s steady mindset and all-round skills were noticed by all. He was easily the find of the tour and thereby was rewarded with a Test cap in the first-ever day-night Test played, at the Adelaide Oval. The oppositions were Australia. Another close contest and Santner was up for the challenge. He made 31 in the first innings against the pink ball whose movement and nature was unknown to all. With the likes of Williamson, Brendon McCullum, Ross Taylor and Martin Guptill falling apart, he stood tall with a vital cameo.

Santner was the top-scorer in the second innings and again managed to play more balls than his seniors. He also ended the match with two wickets which made Australia work hard for their victory. For the records, Santner has played seven Tests, taken 15 wickets at an impressive 29.20. His economy rate of 2.55, reflects the fact that he is tough to score against. His left-arm orthodox bowling coupled with polished batting skills reminds New Zealand of former skipper, Daniel Vettori. Not only is his action resembles the former Vettori but also he has shown signs of a steady mind like the Kiwi legend.

Ready for all situations?

In limited-overs, Santner has bowled in powerplays, start of the innings and in death overs. He has some wickets in Tests in not-so-spin-friendly conditions and done well in the pink ball game as well. This clearly exemplifies that the 24-year-old is ready for all situations and wants to participate in the game, irrespective of the format. Santner’s strength lies in the fact that he tosses up the ball, sticks to a particular line and length and watches the batsmen till the last moment. These traits are required especially in modern day’s time and as a result, the Black Caps have entrusted him of leading their spin attack.

Every new player wants to be aggressive in modern day, but only a few remain calm and composed and Santner is one of them. This is an added advantage for him and it will be interesting to see how he holds up in the subcontinent. This will be Santner’s first full tour to India as he earlier came for the ICC World Twenty20 (WT20I) 2016. The script for the visitors looked similar to the one present now. New Zealand were seen as pushovers as the experienced swashbuckling Brendon McCullum had retired before the marquee event.  New Zealand reached the semi-finals without finishing second even for once in the group stage.

Memorable stint in first ICC tournament: Undoubtedly, a lot of credit goes to Santner for leading them to the last four. He may have been the new kid on the block but Santner made quite an impact on the world stage in his first taste of an ICC event. He and Ish Sodhi were preferred by the team management ahead of the proven likes of Tim Southee and Trent Boult. Santner knew the conditions will be akin to spin and bowled in the right areas keeping things simple. He was unstirred by the crowds who are so phonetic in India.  As a result, Santner ended with 10 wickets in five matches at 11.40. His economy rate was impressive  6.27.  His most menacing spell came against India as he finished with 4-0-11-4. You ought to be special if you can beat India in their game by weaving a spin web, and that too in India,

Tests will be a different challenge though. India will be well aware of Santner’s exploits and how he can affect their planning if taken lightly. His biggest challenge will be to survive in slightly humid conditions at some places during the tour. This is a long tour and he needs to look after himself so that he can apply the brakes on India’s famed batting line-up. India are good against spin but not the same as they used to be. Santner will like to trouble the Indians just like they were by Moeen Ali or Nathon Lyon in their tour of England and Australia in 2014-15.

Is this the series to make further inroads?

Less reputed spinners like Simon Harmer and Dean Elgar have also taken few wickets against India in South Africa’s tour of 2015. Santner, having the confidence from a good show in WT20I 2016, can run through the opponents and pose a threat in Kanpur or Kolkata (the venues of first and second Test). Nonetheless, Test matches are poles apart from T20Is so he should be wary of that. Santner has taken nine wickets from 7 innings against tougher opponents like Australia, Sri Lanka and South Africa but this series can surely make his career. For spinners, subcontinent is their biggest platform and Santner can well lead New Zealand to cause some setbacks to India in Tests.

Challenge and ploys to counter-attack: He is not only limited to spin bowling but can bat too. Santner’s biggest challenge will be to face the pair of Ravichandran Ashwin and Ravindra Jadeja. He also does not possess much exposure in First-Class matches which can be a bit dicey while touring India. Nonetheless, he can still learn a lot from India’s spin weapons during the course of the tour. Jadeja is no less than Ashwin in home conditions and Santner’s role will be similar to Jadeja. If he can counter-attack Jadeja and play him smartly, he will challenge India’s all-rounder to some extent. Santner can also prepare well by watching Jadeja’s footages in home conditions and learn a few tricks. He will have to imbibe the quality of picking wickets at regular intervals, just like Vettori did in the subcontinent.

No doubt, his mindset is in the right direction but some grooming and patience will take Santner’s career to another level. Will this be the series which will introduce New Zealand cricket to a new Vettori in the making? Will Santner make another identity for himself? Time has all the answer to this but till then this player is New Zealand’s trump card in the tour. 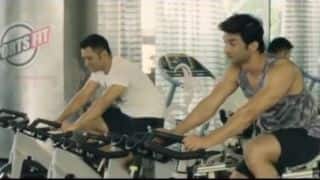 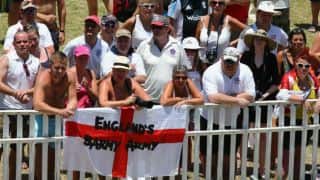 Barmy Army decide not to travel for England's tour of Bangladesh