A caboodle full of responsibilities will rest on the shoulders of New Zealand fast bowlers, namely a certain Doug Bracewell, who — in the recent past — has been their backbone of pace department.

New Zealand have been lucky in the past year or so when it comes to fast bowling produce. Trent Boult, Tim Southee, Matt Henry, Neil Wagner and Doug Bracewell have created a niche for themselves in the New Zealand side bringing their own style and aspect into the Test troupe. New Zealand find themselves engaged in one of the most toughest tour on cricketing circles i.e tour to the Indian subcontinent and if that country is India, then it not only becomes the toughest but intimidating as well. New Zealand play India in a three-Test starting from September 22 at the Green Park Stadium in Kanpur, followed by the second Test from September 30 to October 4 at the Eden Gardens Stadium in Kolkata. The third and final Test will be held from October 8-12 at the Holkar Cricket Stadium in Indore.

New Zealand will be lead by the young and tacit Kane Williamson, who has taken over reins from a much vocal and combative Brendon McCullum. A caboodle full of responsibilities will rest on the shoulders of their fast bowlers namely a certain Douglas Andrew John Bracewell. Bracewell has been New Zealand’s backbone which is mostly a teenage bowling attack. Bracewell made his Test debut way back against Zimbabwe in 2011 in Bulawayo. Bracewell disappointed on his debut bowling innings but came back with a bang in the second innings. Bracewell showcased his bowling arsenal, which included a mixture of – pace, bounce, swing and the ever deadly yorker. Bracewell helped himself to his first 5-for in his first ever Test for New Zealand.

Architect of New Zealand’s win over Australia in 26 years

Bracewell featured for New Zealand in the Trans-Tasman Trophy 2011-12, where he really rose to prominence. In the first Test against Australia he looked weak and pointless against the likes of the belligerent Ricky Ponting, Michael Clarke and Brad Haddin. Disappointed and somber Bracewell started in the line-up for the second Test at Hobart with Australia leading 1-0. FULL CRICKET SCORECARD: India vs New Zealand, 1st Test at Kanpur

New Zealand and Australia bundled out cheaply for 150 & 136 runs respectively handing the visitors a lead of 14 runs. Bracewell cleaned up Clarke, Haddin and Peter Siddle, finishing with 3 for 20. New Zealand in the second innings meandered to 226 with Ross Taylor and Williamson making gritty 56 and 34, which meant Australia had a target of 241 runs to win. Bracewell who stared in his very first Test had already tasted blood in the first innings was eying another encore and that he made sure of it.

Bracewell acted as the architect of Australia’s demise starting with the wicket of Ponting, who attempted to pull a short ball which just about stopped on him enough to get his timing wrong. Bracewell’s second victim was Clarke, who gave catching practice at slip to Taylor after trying to drive an out swinging delivery for a duck.

Bracwell’s third wicket was a first-ball duck of Mr.Cricket, Michael Hussey. Bracewell this time foxed the batsman with an incoming delivery which rapped Hussey on his pads, enough to hit the leg-stump to put Australia in serious trouble.

After some serious resistance from David Warner and the tail it was again Bracewell, who made sure New Zealand win their first match on Australian soil after 1985 years. Bracewell’s outswing created problems for James Pattinson who edged a simple catch to second slip for 4. With this Bracewell equaled his best figures yet, but he wanted more.

Mitchell Starc had a two-ball stay in the middle as Bracewell got the better of his Australian counterpart. Bracewell bowled an absolute crackle of a delivery, which jagged back in from the off-stump line and knocked over Starc’s middle and off. Bracewell achieved his second  5-for with this and was just a wicket away from a historic win for his team.

Nathan Lyon and Warner kept on fending anything the New Zealand bowlers had and in the process neared the 242-run mark. With just 8 runs away from a victory, Australia were at ease and looked unfazed, but Bracewell had other plans. Coming on bowl his 16th over, Bracewell with Warner on strike pitched the ball up and got taken for just a single at extra cover. Second delivery with Lyon facing he lands the ball on good length which was easily played, but no run. Up next Bracewell gets the ball to come into the batsman, where Lyon was lucky to get an inside edge onto the pads.

Bracewell seeing Lyon just survive, bowled an in-swinging delivery which got past his defences this time and rattled his stumps. Bracewell masterminded something that the New Zealand team had not tasted since 1993 and 1985, which was a win over Australia in Australia in Tests.

Bracewell soon became a regular in the Test side for New Zealand. He next played against Zimbabwe, South Africa and West Indies, where he ended up getting 21 wickets from 6 Tests. New Zealand geared for their tour to India in 2012, where Bracewell was expected to be at his conjuring best.

Bracewell played the first Test at Hyderabad, where he just picked up one wicket, and was taken for plenty looking anything but a calm image of himself. Even with an unresponsive pitch Bracewell with his line and length could have stopped the flow of runs, but was not to be going for 88 run in his 19.1 over picking just a wicket. New Zealand went on to lose the match by an innings and 115 runs.

Trailing 1-0 New Zealand imposed 365 runs on the board batting first in the second Test with Bracewell showing his skills with the bat. Bracewell was unfortunately run-out for 43, when he was looking good for his first Test half-century. India’s first innings faltered for 353 runs thanks to a Tim Southee whirlwind. Bracewell was yet to make an impact in India but was this about to change?

Bracewell’s First-Class record are as follows; 2,598 runs at 25.22, which is not bad for a No.8 batsmen, who has a best of 105. On flat and lifeless tracks Bracewell could be a handy lower-order batsmen for New Zealand against India.

Bracewell picked up his first wicket of the innings in Virender Sehwag, who was very looking to board a flight back to his home in Delhi. Sehwag was early into his flick shot, got the ball to lob into the hands of Daniel Flynn, who took a driving catch at square-leg. Sehwag made a 60-ball 48.

With his tail up Bracewell looked to pick up Master Blaster Sachin Tendulkar’s wicket. Tendulkar who looked uneasy against the ball coming-in was caught napping by Bracewell. Bracewell after getting hit for a boundary in the previous delivery which was a tad full, came back with the most fitting reply a bowler can give to a batsmen!

Bracewell pitched the ball up again but this time on a straighter line, just managing to outpace the ball between the bat and pad to get the great man’s wicket for 17. Not many bowlers can flaunt the fact that they got Tendulkar bowled, and Bracewell is was one of them.

Bracewell’s act as a bowler did not seem to impress but his defiant batting skills started to murmur calls of him being labeled as an all-rounder after he scored 22 runs in the second innings.

Bracewell’s India tour came to end with nothing much to show apart from the wicket of Tendulkar.

The current New Zealand bowling attack is almost run by the left-hander’s group with Boult and Wagner leading the charge. Both Boult and Wagner have been staggering in their bowling in the past year. Wagner in particular has been the star for New Zealand’s resurgence in Tests, with 36 wickets in just 7 matches.

Bracewell in the same period has picked up 17 wickets in 8 matches, but at a lesser economy rate then Boult. Bracewell brings in the element of surprise in the playing XI with his right-arm fast medium style.

Known to be immaculate with his line and length, he will surely trouble the Indian batsmen every now and then. Indian players are susceptible to incoming delivery and that’s where Bracewell is a scare for Virat Kohli and company.

Bracewell’s record in Asia is nothing to be proud of for a player of his merit. Bracewell in six matches in Asia has taken 8 wickets at 75.50. The only thing impressive is his economy rate, which at a time of Test’s being played in T20 style is 3.80, which is still higher than his career economy of 3.36.

Bracewell will this time have a spinning duo in Mitchell Santner and Ish Sodhi, who can mesmerize the Indian batsmen with their guile, and purchase from track’s that offer even 1 per-cent of spin. With a bit of rough being created and support from the other end, Bracewell would want to claw back to his wicket taking ways.

If Bracewell brings his unrivaled game and unleashes himself on the Indian batsmen, one could very well see another historic moment for New Zealand, who are yet to win a Test series in India, with also not having registered a win against the hosts since 1988. Knowing these facts Bracewell will want to reignite his inner beast much like the 2011-12 series against Australia, and aid New Zealand to a series win in India against India. 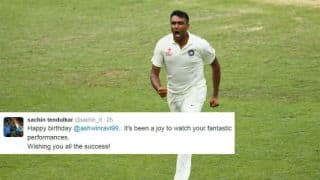