India vs South Africa 2015: Call on playing 3 spinners must be taken based on conditions

India vs South Africa 2015: Call on playing 3 spinners must be taken based on conditions

India have been highly successful with spinners in the series against South Africa.

Ravichandran Ashwin, Ravindra Jadeja and Amit Mishra were the three spinners India picked for the series against South Africa. Out of the 50 wickets India picked in the series 47 have gone to the spinners. They could perhaps afford to do so considering they are playing at home and could make pitches according to their strengths. South Africa do have a couple of good players of spin, but the Indian spinners turned out to be too good for them and as a result have won the series with one match to spare. Full Cricket Scorecard: India vs South Africa, 3rd Test

Among the 3 spinners, Jadeja is on the side as an all-rounder. Ashwin averages over 30 with the bat in Tests and has a couple of tons to his name.  Even Mishra has often proved that he is no mug with the bat. With India having such depth in batting, they can afford to go in with 3 spinners. But other teams do not have the luxury. Skipper Virat Kohli does like to play 5 bowlers but likes to have two seamers too. However in the Nagpur Test, he was happy to go in with 4 bowlers with just 1 pacer and got in Rohit Sharma in place of Varun Aaron as the extra batsman as India runs at the top. READ: Ravichandran Ashwin has some way to go before he can be called ‘World Class’

South Africa went in with 2 specialist spinners—Simon Harmer and Imran Tahir. But Dean Elgar was the unlikely hero for the Proteas at Mohali, picking up 4 wickets to help his side bundle India out. Assuming that he cannot deliver every time in any condition, South Africa still have JP Duminy, who is a very under-rated bowler. He is a handy bowler in limited-overs as he can get through his overs without conceding many runs. He could be used more often in Tests as well. Considering that he is an excellent batsman coming in at No. 5 or 6, he could be included in further matches as a batting all-rounder, especially in matches where there is a need for just one spinner along with Duminy being the back-up. READ: India vs South Africa at Nagpur and Australia vs New Zealand at Adelaide show double standards

Having 3 spinners is surely a boon, but the skipper has to take a call based on the conditions. If one of them is an all-rounder, like Jadeja, it makes the captain’s decision all the more easier. For India, with Aswin being the lead spinner, if Jadeja keeps up his good form he will be an automatic choice, which will mean Amit Mishra may be left out, considering the skipper decides to go in with 3 seamers. Conditions in Australia or New Zealand will surely make the captain take such a call. READ: The Nagpur pitch deserves all the criticism that comes its way and here’s why 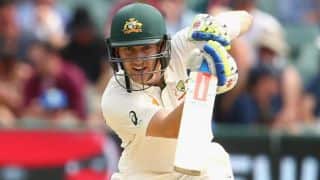