SL were handed a 0-5 pounding by India; negative vibes in the team could be the reason.

Sri Lanka finally came to the fore when they challenged India’s authority with an inspired show in the final One-Day International (ODI) at Ranchi on Sunday. They will however, go home suffering a 5-0 battering at the hands of India. The outcome of this hastily-arranged series may have an adverse impact on the Lankan side, as it was their negative approach that affected their performance adversely, opines Devarchit Varma.

Before they hit the Indian shores, Sri Lanka was one of the toughest sides in the international circuit. The path that they had taken was the one that many teams aspire for, wherein the young talent rises up to the challenge of seniors hanging up their boots, and the transition appears smooth and successful. Sri Lanka bid an emotional adieu to the likes of Kumar Sangakkara and Mahela Jayawardene from Twenty20 cricket in style, which raised the hopes of a similar performance in the ICC World Cup 2015 early next year.

Unfortunately, what transpired on the tour of India would certainly have dismayed the ardent Sri Lankan fans. Surely, the cricketers as well would be feeling having lost more than what they could have gained. Sri Lanka were not only out-batted or out-bowled by India, but were somehow thrown out of the contention by the negative talks that surrounded the Sri Lankan camp. They knew it was tough beating India in their own backyard, and that their past record wasn’t good. And Sri Lanka also acknowledged that they were under-prepared for this series. But will this be accepted by their fans, who have seen this side progress immensely under the apt leadership of Angelo Mathews?

Sri Lanka were not prepared for this series, but it isn’t the only reason for their abject show. They started off on a poor note – not by losing the first ODI by a huge margin of 169 runs – but by saying before the first match that they may not be up for the challenge. It was surprising to see that coming from Sri Lanka, who after all had achieved a lot in the year 2014 and were one of the most consistent sides across formats. One wonders whether these negative talks might have created a shield in the minds of the Sri Lankan cricketers – as individuals and as a unit. Instead of raising their game to the challenge, they perhaps resorted and ceded to the facts that they were not prepared, and, India could not be beaten in their own backyard.

It is a trait of all winning sides across sports that they refrain from letting any kind of negativity enter their camp, as it can have adverse and long-lasting effects. Here, Sri Lanka committed a crime by not considering themselves up for the challenge, and this thought process reflected in the brand of cricket they played as a result.

Only a couple of Sri Lanka’s preferred cricketers weren’t there on this tour, yet, they lost so miserably as if their entire firepower had diminished within a couple of days. There was no Sangakkara-Jayawardene magic; neither there was a Tillakaratne Dilshan special nor any rookie Sri Lankan spinner making the life miserable for the Indian batsmen. To top it all, the Sri Lankans did not lose on most of the occasions having been let down by their bowlers, but also because their batsmen failed to make good use of the opportunity.

India is a very strong unit when playing at home, and a five-match series indeed provided Sri Lanka good amount of hard match-practise keeping their World Cup preparations in mind. The challenges that India provides at their home would certainly have helped Sri Lanka, but their approach was negative and so were their performances. To top it all off, the chances that they let go, among which was a lifeline to Rohit Sharma while batting on four not out in the fourth ODI at Kolkata. What happened after that cannot be easily forgotten, especially for those who were on the receiving end. 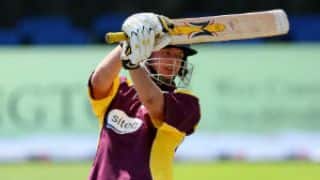 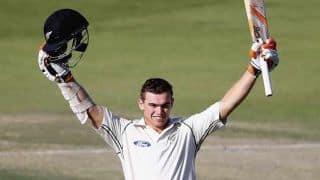