With Rahane finding his groove at the top of the order it could be prudent to reintegrate Rohit in the middle order.

Sri Lanka’s tour of India commences with the practice match between India A and Sri Lankans at Mumbai on Thursday. Rohit Sharma will be playing his first competitive match since the second One-Day International (ODI) against England at Cardiff in August. Shiamak Unwalla wonders whether it would be more prudent to reintegrate Rohit in the middle order.

A couple of years ago, even their most optimistic fans would have found it hard to believe that by 2014 Rohit Sharma and Shikhar Dhawan would be two of the top three Indian batsmen in ODIs. And yet, that is exactly the case. Since 2013, only Virat Kohli has scored more runs than the Indian openers (though it cannot be denied that openers have a greater chance of scoring runs than the men in the middle-order).

As seen above, Rohit has scored more half-centuries than anyone on the list, while enjoying the third highest average. His strike rate is a worrying 78.66, but the fact that he has scored 209 in an ODI is proof enough of his ability to score quickly.

However, since his injury Ajinkya Rahane has started opening the innings for India, and he has done so with considerable success. Since 2013, Rahane has opened the innings on 14 occasions but has a middling record. However, since Rohit’s injury, Rahane’s record as opener has been much better.

Rahane also enjoys the faith and backing of his captain MS Dhoni. If it is a toss-up between Rohit and Rahane at the top, therefore, their records in the middle order become that much more vital. Ironically, while both men bat in the middle order for Mumbai, neither of them enjoys a particularly successful time at Nos 4-7 in ODIs.

Rohit has, of course, played a lot more international cricket than Rahane, and is therefore at an advantage in terms of both experience and runs. Both men have enjoyed considerably more success as openers than they did in the middle order. With Rahane finding his groove at the top of the order and Rohit just coming back from an injury, it could be prudent to let Rahane stay where he is and reintegrate Rohit in the middle order.

The practice match between India A and Sri Lankans — which will feature Rohit — will be the ideal time for him to bat in the middle-order. If he manages to do well there, it could be one less headache for the Indian management. 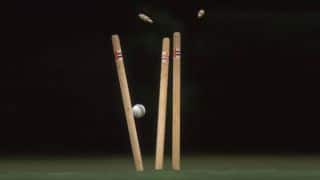 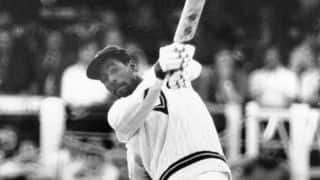