India are already up 4-0 in the series, and will look to register a clean sweep against hapless Sri Lanka.

India will face Sri Lanka in the fifth One-Day International (ODI) at Ranchi on Sunday. India are already up 4-0 in the series, and will look to register a clean sweep. Sri Lanka, on the other hand, have already been humiliated too many times in the series and they will be intent on salvaging some pride by winning. Sameer Jha looks at some of the key battles that are likely to prove crucial.

1. Rohit Sharma vs Nuwan Kulasekara: Rohit Sharma’s 264 in the previous match took the country by storm, and the Indian opener will look to make sure that he doesn’t get carried away by the glory of breaking a record by coming good in the fifth ODI too. He’ll face stiff resistance from Nuwan Kulasekara, who was given some serious treatment (89 runs in his nine overs) in the previous match. Kulasekara will be desperate to redeem himself in his own eyes, as well as in front of the management.

2. Ambati Rayudu vs Angelo Mathews: Ambati Rayudu did not have a good time in the previous ODI. He had scored a fine century in the second ODI, and will look to display similar class and talent in the final ODI too. Rayudu’s place in the team is still not established and thus he’ll look to come up with a good performance. He’ll have to contend with Angelo Mathews who was the only Sri Lankan bowler with respectable figures in the previous match. Mathews won’t make it easy for the Indian batsman, and his battle with Rayudu will be an exciting one to watch out for.

3. Mahela Jayawardene vs Umesh Yadav: Mahela Jayawardene has a fighting spirit, and he will be disappointed with the way in which Sri Lanka have been battered in this series. The veteran batsman had scored a century in the third ODI, but ended up on the losing side due to some great hitting by Shikhar Dhawan. Jayawardene will look to repeat his performance in this ODI too, but Umesh Yadav will try and make things difficult for him. Yadav has been impressive in this series, and troubled the Sri Lankan batsman with his skill. He had Jayawardene gone for two runs in the previous ODI, and will look to replicate that in the final match of the series too.

4. Lahiru Thirimanne vs Akshar Patel: Thirimanne had made a brave half-century in the last ODI, which was impressive considering Rohit’s knock would have totally knocked the confidence out of the Sri Lankan players. Thirimanne will find the going tough against the young and upcoming Akshar Patel who bowls with a lot of guile and confidence. Patel will be looking to send Thirimanne back to the pavilion as early as possible. 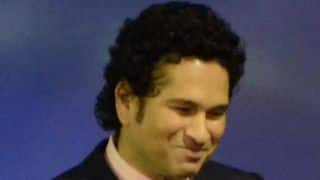 Bangladesh vs Zimbabwe, 3rd Test at Chittagong, Day 4: Zimbabwe 182 for 5 at lunch; Bangladesh 5 wickets away from win