If India win both Tests, Virat Kohli will become the country's most successful captain.

Ashwin, 32, has 342 wickets from 65 Tests. If he gets to 350, he will become the fourth Indian bowler to do so. Only Anil Kumble, Kapil Dev and Harbhajan Singh have crossed 350.

Rishabh Pant could become the fastest Indian wicketkeeper to 50 dismissals in Tests if he claims eight in the two matches against West Indies.

In nine Tests, Pant has 42 dismissals (40 catches, two stumpings). For India, the fastest to 50 dismissals is Dhoni who needed 15 Test matches.

If Pant holds eight dismissals in the first match versus West Indies, he will draw level with the existing world record of ten Tests. The quickest to 50 dismissals as Test wicketkeeper are Mark Boucher and Tim Paine, who each got there in ten Tests. England’s Jonny Bairstow reached the milestone in his tenth Test as wicketkeeper, though he played a few matches before that, not as wicketkeeper.

India’s spearhead Jasprit Bumrah is on 49 wickets after ten Tests. If he gets to 50 in his 11th Test, he will draw level with Narendra Hirwani as the second-fastest from India. Ashwin is the fastest Indian to 50 Test wickets, getting there in his ninth match. 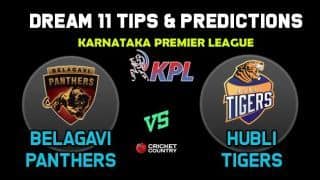