India and West Indies will play first two T20Is of the series in Florida, USA.

For the first time since their respective ICC Cricket World Cup 2019 campaigns, India and Windies will be on the field in a country that is alien to cricket USA.

The first two T20Is of the series will be played in Florida before the action moves to the Caribbean. The last time these two teams took on each other at the Central Broward Regional Park in Lauderhill, Florida, West Indies won the 1st T20I by one run before the second T20I was a controversial washed-out affair.

In 2017, India lost a one-off T20I to West Indies in Kingston, so by no means is the Virat Kohli-led side favourites against Carlos Brathwaite and Co. The current T20 World Cup champions will test India in the three-match series.

Here’s a look at five key battles that can define the course of the 1st T20I:

India’s success will hugely depend on how Rohit, the highest run-scorer in T20I cricket, bats. He was in sublime form during the World Cup and with five centuries in his account, Rohit ended the tournament as the highest run-scorer (648). He will have to negate Cottrell’s effect at the start and give a steady start to India.

The last time two players came across each other, during the World Cup, Rohit had no problems in facing Cottrell. Time will tell whether Rohit will be able to go past Cottrell again or will we see a salute to the army from the Jamaican early in the innings.

Thomas was Dhawan’s nemesis the last time these two faced each other in the limited-overs series in India, getting him thrice in six games. And each time, Dhawan was dismissed under 10. Needless to say, Brathwaite will be well-versed of Dhawan’s struggles against Thomas.

The left-handed batsman is making a comeback from injury and hasn’t played any competitive match for close to two months now. Thomas will have a real chance to continue his domination over Dhawan come the 1st T20I.

This competition could be termed as the best vs best for many reasons. Narine, making his comeback to international cricket, would be testing Kohli with his variations and it will be interesting to see how India’s skipper answers his tricks.

Kohli had a great run in the World Cup 2019 but didn’t score a century. It is a well-known fact that only big scores satiate Kohli but for that, he will have to tackle Narine’s wily spin variations.

Both the players were in the race to be in the World Cup squad of their respective teams. While Pooran made the cut, Khaleel helped India’s batsmen train during the tournament as a net bowler. The contest between the two youngsters could be tempting.

Pooran, in his short international career so far, has shown enough promise to take on any bowler while Khaleel has also displayed plenty of promise in his limited-overs opportunities. The two talents have everything to offer in their respective fields and are itching for more success.

Both players are making their comebacks to the T20I format. While Pollard earned a national call-up after a mixed IPL season, Jadeja has had to perform in ODIs for almost a year to force his comeback in the shortest format of the game. Pollard will have the responsibility to keep the scoreboard ticking and Jadeja, with the ball in his hand, will have to do exactly opposite – keep West Indies’ batsmen shut in the middle orders.

Both of them contribute in each department and are excellent fielders as well. This competition should be the most intense one. 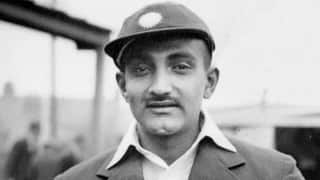 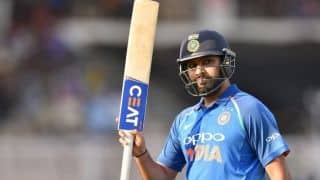