Mortaza, Shakib, Mushfiqur and Tamim are the surviving members of the team that beat India in 2007.

As India take on Bangladesh in the ICC Cricket World Cup 2015 quarter-final, Nishad Pai Vaidya writes about the famed quartet — Mashrafe Mortaza, Shakib Al Hasan, Mushfiqur Rahim and Tamim Iqbal — who would carry their nation’s team forward. From being the youngsters who beat India in 2007, they are now more evolved cricketers.

Mashrafe, Shakib, Mushfiqur and Tamim are the four Bangladeshi survivors of their victory over India in the 2007 World Cup. A little more than eight years down the line, they face India in the ICC Cricket World Cup 2015 quarter-final at the Melbourne Cricket Ground (MCG). It is fair to say that the quartet would perhaps be the most feared players for India in the Bangladesh unit, although there are a few more players with copious talent. The experience of the four is what would be crucial for the Bangladeshis in the big game against India. ICC Cricket World Cup 2015: SCHEDULE & MATCH DETAILS

Interestingly, the quartet had played a major role in downing India back in that game in 2007. Mashrafe’s four-for helped bowl India out cheaply and the three batsmen scored fifties in the run-chase. Today, they embody the Bangladesh challenge. Having gone through the ups and downs since 2007, they have matured, are stronger and better players. They have the onus of guiding their team to an unlikely victory against India in the quarter-final. ICC Cricket World Cup 2015: Complete Coverage

Shakib is one of the leading all-rounders in world cricket today. His match-winning ability is well known and it has taken him to all parts of the globe. With the bat, he can be the anchor or hit the ball a long way. Give him the ball, and he would bowl frugal, wicket-taking overs. But, the man India may be most worried about is Mushfiqur. Top 10 bowlers in ICC Cricket World Cup 2015

The wicketkeeper batsman has played huge roles in beating India. Back in 2007, his fifty took them home and he then was at it again in the 2012 Asia Cup. Mushfiqur averages 30.03 in One-Day Internationals (ODIs). That number soars to 42.10 against India. He has one ton and two fifties against the neighbours. A lot would be expected of the wicketkeeper batsman when he takes the field against India.  Top 10 batsmen in ICC Cricket World Cup 2015

Then, talk about Tamim, who is a bit of an enigma. A hugely talented strokeplayer, he hasn’t quite been consistent. The day he gets going, he can be unstoppable. Tamim too carries the confidence of playing well against the Indians. He has five fifties against them, which is more than he has against any other country barring Zimbabwe. Mashrafe continues to be the leader of the pace attack, but has able support in Rubel Hossain and Taskin Ahmed. His role is bigger as a captain, with a little bit of pressure off him as a bowler, with the emergence of the other players. Top 10 fielders in ICC Cricket World Cup 2015

Bangladesh have always been hopeful of performing well at the highest level. The year 2007 provided that spark, whereas in 2012, they found some standing in the Asia Cup. But making it to the knockouts of the World Cup is a big moment for them. They symbolise their nation’s dream.

As Mashrafe said at the pre-match press-conference, “It is true that it’s a dream that we are all living but again you have to know that there’s no end to one’s dreams. First [it] was whether we would qualify for second round and now whether we would get to the semi-finals. But, we want to concentrate on what’s there in our hands and that’s tomorrow’s match.” This quartet is responsible for carrying their nation’s dreams forward.  Top 10 wicketkeepers in ICC Cricket World Cup 2015 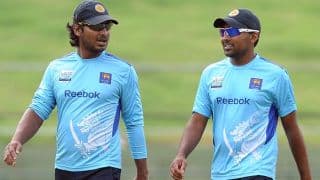