Spectators have been treated with 814 sixes, 597 wickets, celebrations, last-over/ball thrillers, heartaches and most importantly hard-fought cricket. However, many have been left unimpressed with the ongoing 2018 tournament, which is nearing its conclusion.

Indian Premier League (IPL) has been ruling the TRP charts in April and May since its inception. Despite controversies (like Slapgate and spot-fixing), the tournament has withstood the sands of time. The 11th season promised more excitement and fanfare with franchises undergoing overhauls. The spectators have been treated with 814 sixes, 597 wickets, celebrations, last-ball thrillers, heartaches and, most importantly, hard-fought cricket. However, many have been left unimpressed with the ongoing 2018 tournament, which is nearing its conclusion.

Ad breaks: Something that every fan is livid with the coverage is the number of commercials the official broadcasters are pushing in between overs to the extent that one often gets the feeling that overs are bowled between sponsor advertisements. Key replays and moments are cut-short, which is frustrating during intense contests.

Commentary: The broadcasters should be lauded for launching a separate channel with commentary dedicated to a niche audience. However, they continue to remain niche, and are not free-to-air with usual cable television packages.

On the more popular channels, the commentary has ranged from jaded to forced. Phrases on the lines of thriller time have ruined viewer experience. The commentary team has been unimaginative with their words, while lifeless discussion of non-cricketing facets also forces the audience to reach out for the mute button.

Slow over-rates: Matches getting over on time are a thing of the past. From a 3-hour run-time, IPL matches have stretched well past deadlines. Matches have started at midnight, something that made little sense. A second innings start is fine, but a match starting altogether post midnight is absurd.

Competition from other sports: International cricket has almost made way for an unofficial IPL window, but other sporting events did not pause for IPL. Gold Coast Commonwealth Games in Australia and UEFA Champions League are examples of events that swayed away eyeballs from IPL. India s performance at Gold Coast diverted viewers in the early days of IPL, as national pride came above domestic dominance. Football is gaining momentum across urban-rural areas audience, which is hampering IPL’s numbers.

No ‘Star’ power: Previous IPL broadcaster ensured they had enough star power in their pre-match and post-match shows to keep the viewers engaged. Bollywood stars had special commentary stints that held viewers back. One hopes that next season of IPL, will fix these anomalies that has ruptured the great Indian entertainment bubble for fans this year, even if to a limited extent. 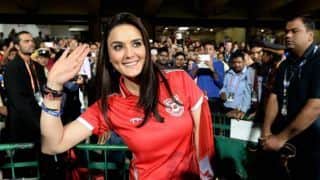