The Indian Premier League (IPL) 2015 player auction which will be held on February 16, 2015, will be a temporary break from the ongoing ICC World Cup 2015. While the timing of the auction is questionable, there is little doubt that it will be closely followed.

The biggest name in the player pool will undoubtedly be discarded Indian World Cup 2011 hero Yuvraj Singh. Yuvraj has been in good form in the ongoing Ranji Trophy 2014-15, and could find that to his advantage, though it is unlikely anyone will pay 14 crore INR for him again.

The other big names that could attract a lot of attention are Dinesh Karthik, Irfan Pathan, Murali Vijay, Cheteshwar Pujara, Hashim Amla, Kevin Pietersen, Jacques Kallis, Aaron Finch, Darren Sammy, Ross Taylor, and Ben Hilfenhaus. Karthik, Pathan, and Vijay have had productive IPL stints with various teams in the past, and will be sure to attract handsome sums, while the likes of Kallis and Pietersen were extremely successful in the recently-concluded Big Bash League (BBL). Hashim Amla will be appearing in his first IPL.

As things stand, Chennai Super Kings (CSK) is likely to remain a legitimate team despite N Srinivasan’s conflict of interest. As a result, CSK remains the strongest side in IPL, and is unlikely to have a very hectic auction.

However, the same cannot be said of Delhi Daredevils (DD), whose complete overhaul last season ended in yet another howling failure. They have let go of their entire side for the second time in a row, and will doubtless have to buy back half their side, thereby rendering their entire exercise useless. They could go for some stability and bring in Hashim Amla, since their preference for flair did not go well last time.

Royal Challengers Bangalore (RCB) would dearly like a more potent pace attack and some company for Yuzvendra Chahal in the spin department. Unless they intend on buying back Yuvraj Singh for a cheaper rate, they will need another few batsmen as well.

Mumbai Indians (MI) are another side that will look for a major reworking. The experience of Kallis could come in handy for what is largely a young side. Alternately, they could try to rope in the likes of Pietersen or Taylor.

Meanwhile Sunrisers Hyderabad (SRH) have released a lot of their players, and will be looking to reconstruct their periphery. They are one of the sides that could also target Yuvraj, though they might also benefit from the solidity of Amla.

Kings XI Punjab (KXIP) performed admirably last year, and have retained the core of the team that took them to the final of IPL 7. They remain a potent side, though they might be eyeing local hero Yuvraj. They could consider availing the services of the likes of Amit Mishra to provide Akshar Patel some spin backup.

Defending champions Kolkata Knight Riders (KKR) have a well-balanced side. They could be on the look-out for an Indian all-rounder; perhaps someone like local boy Laxmi Ratan Shukla or Jalaj Saxena. 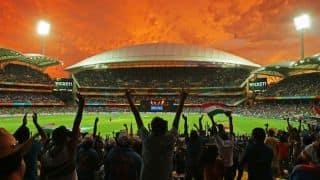