India's next coach: Should it be an Indian or foreigner?

India's next coach: Should it be an Indian or foreigner?

Ravi Shashtri's term as Team Director has come to an end following India's campaign at the ICC World T20 2016.

With Ravi Shastri‘s tenure as India’s Team Director ending, India need to find a new coach. Everything rests on the hands of the  Cricket Advisory Committee, which consists of legends like Sachin Tendulkar, VVS Laxman and Sourav Ganguly. India were at the helm of former England coach Duncan Fletcher from 2011, after India had won ICC World Cup 2011 under the supervision of Gary Kirsten. India had a stop-start tenure under Fletcher, winning eight back-to-back limited-overs series, which included Champions Trophy 2013. With the inclusion of Shasti in the management as Team Director, the role of Fletcher within the team diminished, and almost noticed his gradual disappearance from the scenario. READ: Ravi Shastri’s contract with BCCI ends; to be renewed if Sachin Tendulkar, VVS Laxman, Sourav Ganguly approve

India decided not to renew Fletcher’s contract after ICC World Cup 2015, giving Shastri full rein. But with his time with BCCI up, will he be appointed new coach of Indian team? BCCI Secretary Anurag Thakur made it clear that the team will not have a Team Director, and have a coach instead.

“Ravi Shastri’s contract has ended. We are looking at a full-time coach and the decision will be taken by the Cricket Advisory Committee. There won’t be a Team Director and a full-time coach. It will be only one post and even Ravi’s contract can come up for renewal,” Thakur told PTI.

For some reason, India have been reluctant to appoint an Indian full-time coach. The last Indian coach was Kapil Dev, who took charge for a brief period of time in 1999 following Anshuman Gaekwad’s exit. READ: BCCI approach Rahul Dravid to coach India

Many in the recent past have been linked to the Indian coach’s job. The list is long: Michael Hussey and Shane Warne were the recent ones. Hussey made it clear that he will not want to take up a permanent role with any team, but is happy to help out as a consultant. He worked as batting consultant for South Africa during their tour of India and assumed the same role for Australia for the ICC World T20 2016. In a recent event Warne said he is open to the idea of coaching India: “I would love to work with the Indian team.”

“I’ve never said never in my life to anything. I’ve always been open to anything so when it comes to coaching India, coaching an IPL team,” he added. READ: Sachin Tendulkar, Sourav Ganguly, VVS Laxman to select India’s coach after ICC World T20 2016

But do India need a foreign coach once again? We have seen how the likes of Greg Chappell, under whom the Indian team went through one of the most turbulent phases in their history. On the other hand, we have seen John Wright and Kirsten pull off their roles with relentless efficiency. There were reports of Rahul Dravid being approached to take up the role of a coach. Dravid has been doing a phenomenal job with the India Under-19 and India A. If he does take the role of the job of the Indian coach, it would be a big blow for the youngsters (though the Indian team is likely to prosper), who have been thriving under the leadership of Dravid. While it will be a blow for them, Indian team will benefit greatly in his presence.

But the real question is, if not Dravid, which other Indian will be apt for the role? Will Shastri continue as Team Director? Will India reach out to Indian coaches like Sanjay Bangar? Or will the obsession of hiring yet another foreign coach continue? 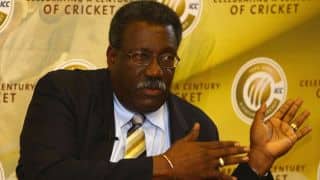