First ever day-night multi-day cricket will be played at Eden Gardens between Bhawanipore Club and Mohun Bagan Athletic Club from Saturday.

It is a new page in Indian cricketing history, as the first-ever day-night multi-day match is all set to be played at Eden Gardens in Kolkata. Eden Gardens is also scheduled to be the venue, where the day-night Test between Indian and New Zealand  is to be played later in 2016. The four-day match between Bhawanipore Club and Mohun Bagan Athletic Club beginning from Saturday is a huge match as the pink kookaburra ball will be tested for the very first time in India. Many players had expressed concerns ahead of the first ever day-night Test between Australia and New Zealand and some after the game. READ: Shami, Saha to get first-hand experience of day-night cricket

Former Australia player Chris Rogers, who is also colour blind, after a domestic game in Australia said that he could not spot the ball in the outfield. His views were shared by Australia fast bowler Mitchell Starc. But the main concern was whether the pink ball would last 80 overs. The day-night Test lasted for just three days and many players complained of the color and shine wearing off.

It was the same Kookaburra ball that was used at Adelaide and the same will be used at Eden Gardens. However, it is a positive sign for Indian cricket and Test matches as a whole.

If that was not enough, the Duleep Trophy will be played under lights this time around, where many international cricketers will play. The Board of Control for Cricket in India (BCCI) will take feedback from the players participating in it and will take it further. READ: India’s first ever domestic day-night pink ball game under rain threat

Cricket Association of Bengal (CAB) chief and former India skipper Sourav Ganguly has taken all the necessary steps to ensure the longevity of the ball. For example, he has taken advice from MCC’s head of cricket John Stephenson, who has asked Ganguly to leave a bit more grass on the pitch .

The day-night Test in Australia however got positive response with fans flocking into the stadium after office hours to get a glimpse of the match. It could also encourage people in India to do the same, especially in a country like India, where cricket is huge. With the boom of T20, having more day-night Tests in India will not be a bad idea and India have surely started to take baby steps towards it. This could eventually be the beginning of something big, not just in India, but around the world. READ: India’s first pink ball match from June 17-20 in Kolkata

Also India being one of the “Big Three” countries, its positive feedback about the pink ball and day-night cricket as a whole will surely hold a lot of weight going ahead. 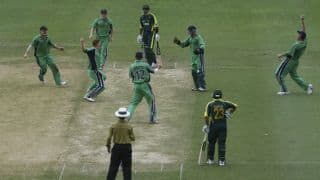 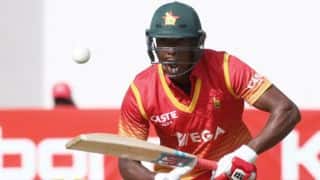