India enjoy a formidable record in the eight matches that they’ve played in Kochi.

As India take on West Indies in the first One-Day International (ODI) at Kochi, Abhijit Banare presents a few statistical highlights of India’s ODI record at the venue.

India have a formidable record at the Jawahar Lal Nehru Stadium in Kochi and there are a few memorable moments for the ‘Men-in-Blue’ to cherish. In the ‘God’s own country’, Sachin Tendulkar has etched his name not only with his batting but a couple of phenomenal bowling performances as well. Let’s look at a few records and resulst for India on this ground. Read the preview of the 1st ODI here

Below are the results of the eight matches India have played at this venue.

Toss: India have opted to bat everytime they won the toss, except the match against Australia in 2007 where MS Dhoni chose to field. Dhoni hasn’t had great luck with the toss, but things might be different for him at Kochi. India have won five of the eight tosses at this venue and have gone on to win four of the matches. Read the key battles of India vs West Indies 2014 1st ODI here

Stat: Four of the eight matches played by India here were the first match of the series/tournament

Highest totals: India posted 309 for five against Australia in the first ODI at this venue in 1998. Below mentioned scores are the only four instances of a 300+ score by teams at this venue.

Lowest totals: In a one-sided match, India bundled out England for paltry 158 last year. But the most memorable of the lowest score is India being bundled out by Zimbabwe in 2002 with Douglas Hondo’s four-for.

Centurions: There have been only five centurions. Gary Kirsten and Herschelle Gibbs are on top two. Ajay Jadeja is the only batsmen to score an unbeaten century at Kochi with his 105.

Five-fors: The only name that features in this list is the legendary Sachin Tendulkar bagging his five-fors against Australia and Pakistan respectively.

a) Tendulkar ripped through the Australian middle-order single-handedly to help India restrict Australia to 268 and help the hosts win by 41 runs in the first ODI played here. It remains one of the most memorable bowling spells by Tendulkar.

b) Zimbabwe defeated in India for the third time in India and eighth time overall in March 2002. In fact the Indians had lost to Zimbabwe earlier in the series as well at Faridabad. The hosts though went on to win the series 3-2.

c) In one of the bizarre ODI matches in history, India scripted an inspirational chase against the Proteas but walked off the field assuming they had won when in reality they still needed one more to win. The umpires had to correct the gaffe of a boundary call on the previous ball and eventually the players were called back. Robin Singh was the hero of the match for India with his unbeaten 42 though Jadeja scored a handsome 92 to lead the chase.

Best partnerships at this venue: 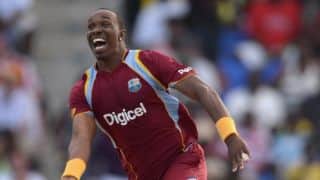 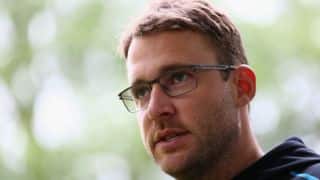