Interview: IPL is a great stage for youngsters like me, says India's fastest-ever bowler

Interview: IPL is a great stage for youngsters like me, says India's fastest-ever bowler

He is yet to play for India. He is yet to even play his first IPL game, but Varun Aaron has grabbed the spotlight by bowling the fastest ball ever bowled by an Indian. Part of the Delhi Daredevils side in IPL4, Aaron hurled the red cherry at 153 kmph in Jharkhand’s final game against Gujarat in the Vijay Hazare Trophy at the Holkar Stadium, Indore.

“I came to know that I had bowled the fastest ball after one of my team-mates told me in the dressing room. I was mighty surprised and felt happy about it. Actually, I was more delighted that Jharkhand won the title,” Aaron said in a chat with CricketCountry.com.

An Indian fast bowler bowling at 150kmph plus is as rare as spotting Halley’s Comet. The last time one saw an Indian bowl clocked above 150kmph was Ishant Sharma, during the CB series in Australia in 2007-08 season. Is there any other Indian bowler who clocked that in the speedometer? Maybe, Mohammad Nissar in the 1930s, but there were no speed guns then.

The news of Aaron’s pace has been greeted among Indian cricket fans with a bit of cynicism. And this time, it’s not unjustified. Just about every Indian new ball bowler who arrived with much promise and pace, slowed down considerably over a short period… be it Ishant Sharma, Munaf Patel, Zaheer Khan or any other Indian quickie in recent times. This is in sharp contrast to other nations, where fast bowlers add to their speed with passage of time.

Will Aaron go the same way once he establishes himself in the big league? “It’s difficult to say what will happen in future. I love to bowl fast and for now, want to help my team Delhi Daredevils do well in IPL4, whenever I get a chance to play,” he says.

The 21-year-old tearaway was part of the Kolkata Knight Riders team for 2010 IPL but didn’t get to play in any of the games. But, he was richer with the experience of getting pointers from former Pakistan pacer Wasim Akram.

“Akram sir told all the bowlers the importance of yorkers and focussing on reverse swing in the T20 games,” he revealed.

Aaron made his Ranji Trophy debut for Jharkhand in 2008 and picked up 14 wickets with a five-wicket haul against Tripura last season.

Aaron is excited about playing in the IPL. “I think it’s a nice stage for youngsters to showcase their skills. But honestly, any youngster’s ultimate goal is to represent the country.”

The Jamshedpur-born boy – his parents moved to the Steel City from Bengaluru in the ’80s – adores West Indian Andy Roberts for his fearsome pace. “I like his intimidating style of bowling.” 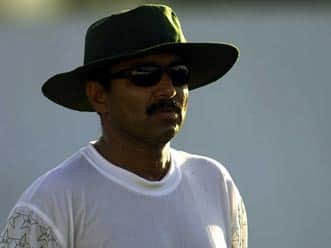 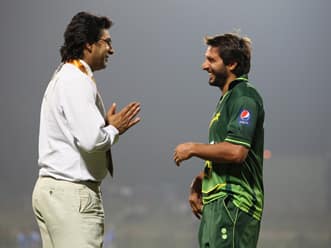 Afridi should be made captain for a long term: Akram