A variety of reasons, especially security ones, led to IPL 2009 to be shifted from India.

As everyone awaits with bated breath for Indian Premier League (IPL) 2014 to scorch the baked deserts of United Arab Emirates (UAE) for the next two weeks, it is time that we turn the pages back to 2009, when the IPL was last held outside India. After many trials and tribulations, South Africa was chosen as the venue to host the IPL extravaganza. Bharath Ramaraj has more…

When the heart of Mumbai was hit by a co-ordinated terrorist attack in December 2008, it left unimaginable scars on the minds of Indian citizens. The terrorist attack left everyone in the country shell-shocked. In fact, the events that unfolded in front of everyone’s eyes were so petrifying that it could haunt generations to come. A few months down the line, it was the time when the glitzy and glamorous Indian Premier League (IPL) 2009 was about to be held.

With general elections also to be held in India in April-May 2009, everyone connected with Indian cricket were biting their nails regarding the prospects of whether the tournament will be even held or not. To hold a general election in a country made up of billion people is one gargantuan task. It takes a lot of blood, sweat, toil and tears to conduct it successfully. With the doom and gloom of another ghastly terrorist attack looming over the nation as well, it seemed improbable that the IPL will be held in the country in jam-packed stadiums. So, it wasn’t surprising that that Indian government refused to provide security for the tournament.

On the other end of the spectrum, franchise owners were worried too. Having pumped in money, it is natural to expect return on investment.

To soothe their tangle of nerves and take them into confidence, Ranjib Biswal said, “We are in constant touch with franchises; we have taken them into confidence in the last two days and we held a series of meetings with them. We have made our stand clear. They appreciated our concerns and they have given us cooperation on this matter.”

Initially, England came across as the favourite to host the mega event. However, concerns related to adverse weather conditions (April-May isn’t a cricket season in England), cost issues and television rights conflict led to England bagging the event impractical.

Actually, David Collier, the then England and Wales Cricket Board (ECB) chief executive agreed that there were hurdles in hosting the IPL. It has to be considered at that time in 2009, a G20 meet was also going to take place in the United Kingdom. So, providing security to the IPL was always an extremely difficult task.

It was South Africa that slowly but steadily which emerged as the favourite to host the tournament. The Rainbow Nation’s friendly weather conditions finally swayed it in their favour. Here, one has to remember that things didn’t go according to plan when both the Board of Control for Cricket in India (BCCI) and Cricket South Africa (CSA) first held talks. It was only after the South African government chipped in by actively involving themselves in discussions did they become the front runner.

On March 24 of 2009, the then IPL commissioner, Lalit Modi and CSA chief, Gerald Majola came up with a final schedule for 59 games spaced out over one month. Cape Town, Wanderers (Johannesburg), Centurion, Port Elizabeth, Bloemfontein and Durban were the grounds on which the games were to be held.

The first game of the tournament was between Chennai Super Kings (CSK) and Mumbai Indians (MI). Mumbai started their campaign off in style with a 19-run win. It was Lasith Malinga, with his heart-warming show that helped Mumbai script a famous win. In the second game of IPL 2009, Royal Challengers Bangalore (RCB) captained by Kevin Pietersen thwacked defending champions, Rajasthan Royals by a convincing margin of 75 runs. The South African supporters and Indian fans back home thoroughly enjoyed the thrills and spills of IPL 2009 with legends of the game taking their game to towering heights.

Now, when we look back at IPL 2009, it was a tournament that infused US$100 million into the South African economy. In the end though, despite the odds stacked against them, it was about their undying love for the game and an unstinting service to its cause that both boards were able to push the envelope in terms of organisational skills to make it a grand success. 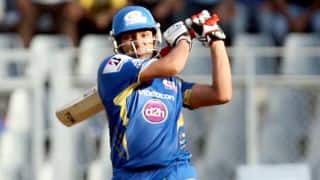